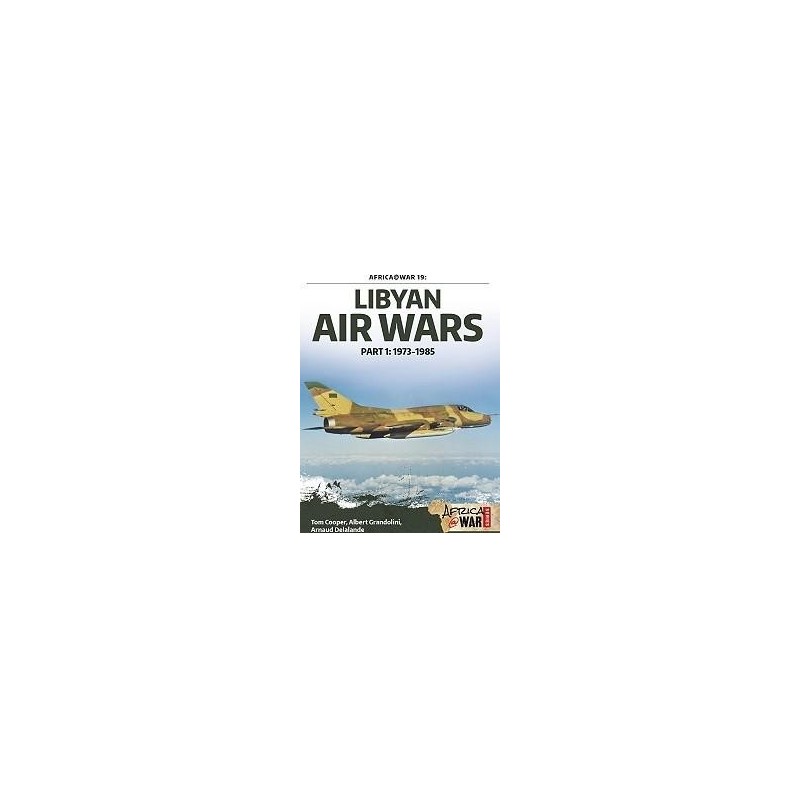 Between 1973 and 1989, various Western powers and Libya were entangled in a seemingly never-ending exchange of blows. Supposedly launched in retaliation for one action or the other, this confrontation resulted in a number of high-profile, even though low-scale, clashes between the Libyan Arab Air Force (LAAF), the US Navy and even the French. Meanwhile, almost as a sideshow, the LAAF - quantitatively one of the most potent air forces in North Africa and the Middle East - also saw intensive deployment in Chad. Initially, with sporadic fighting between different parties for the control of N'Djamena, the Chadian capital, this conflict eventually turned into a major war when Libya invaded the country outright. The LAAF deployed not only French-made Mirage but also Soviet-made fighter-bombers of MiG and Sukhoi design, Mil-designed helicopters and even bombers of Tupolev design, to establish her dominance over the extensive battlefield of the Sahara Desert.

Because of the Cold War but also due to confrontation with Libya over a number of other issues, France - a one-time major arms supplier to Libya - and the USA gradually got dragged into the war. Deployments of their troops and intelligence services in Chad, Egypt and the Sudan never resulted in a full-scale war against Libya, but time and again culminated in small-scale aerial operations that proved crucial to developments on the ground, several of which are still a matter of extensive debate.

Detailing not only the aerial operations but the ground war and the geo-political background of these conflicts, and illustrated with over 100 contemporary photographs, maps and all-new colour profiles, this volume provides a unique insight into an otherwise completely forgotten conflict that raged from the skies over the southern Mediterranean to southern Chad and northern Sudan, yet one that not only represented a formative period of the LAAF, but which also prompted a number of crucial modifications and developments in France and the USA.