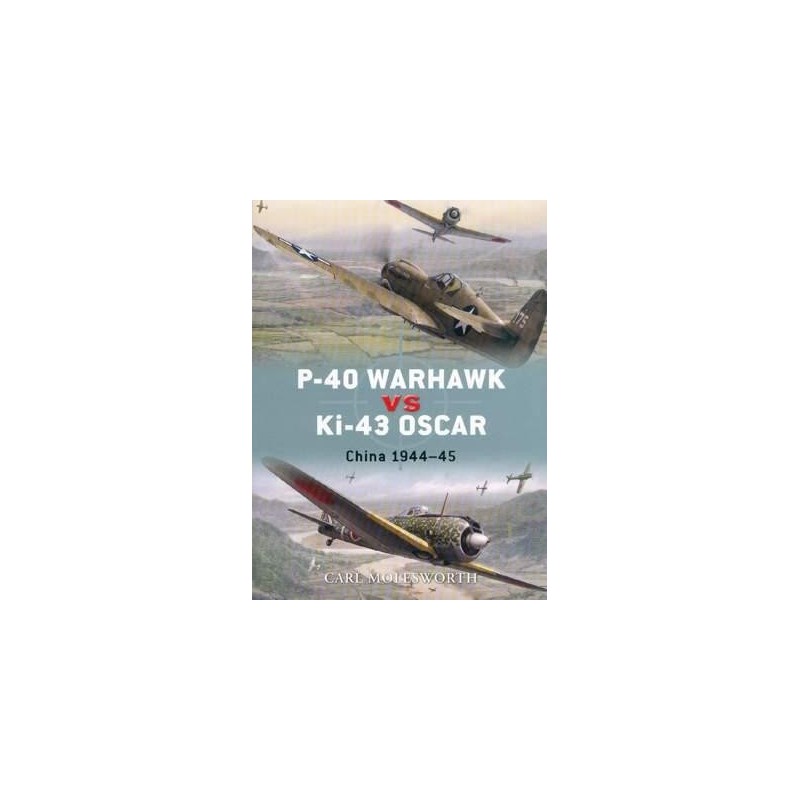 - Known for the distinctive 'sharkmouth' decoration on their noses, P-40 fighters first saw combat in China during World War II. Their most common adversary was the Japanese Nakajima Ki-43, nicknamed 'Oscar.' Carl Molesworth describes and explains the design and development of these two foes, the products of two vastly different philosophies of fighter design. The P-40 was heavily armed and sturdy with armour protection and self-sealing fuel tanks, but paid for this with the loss of speed and a sluggish performance at altitude. The Ki-43 was a rapier to the battleaxe P-40 and the Ki-43 was immensely nimble, though with less firepower and durability. This book examines these two different fighters, and the pilots who flew them over China, with an action-packed text, rare photographs and digital artwork.