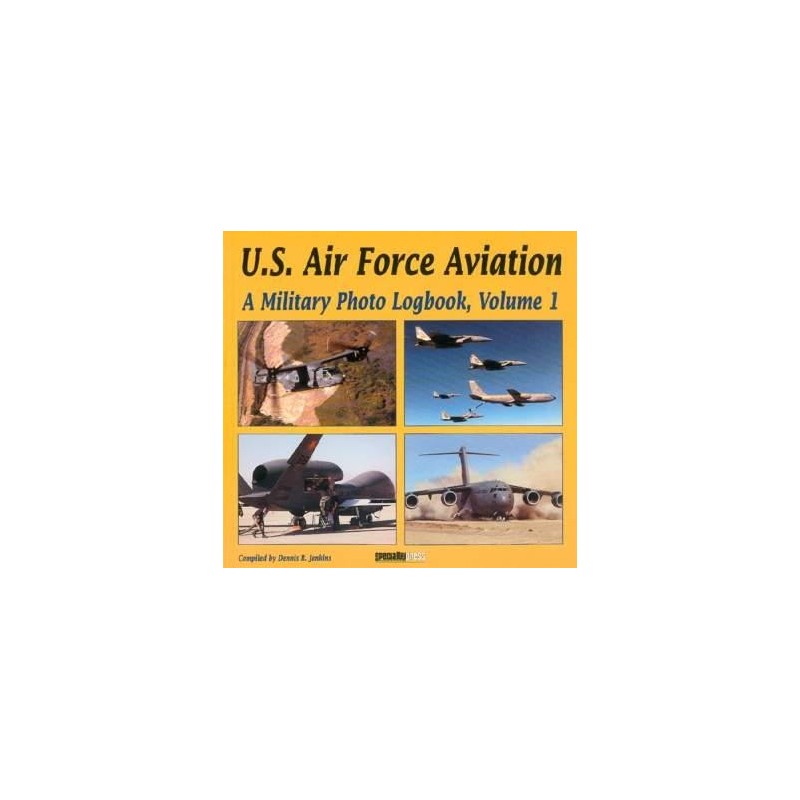 - This book is the first in a new series of photo scrapbooks using images taken by Air Force photographers with unparalleled access to facilities and aircraft around the world. U.S. Air Force Aviation: A Military Photo Logbook, Volume 1 documents all aspects of Air Force operations in peace and war with photos taken in the air and at bases worldwide.

This volume includes combat operations in Afghanistan and Iraq, humanitarian missions around the world, Red Flag and other training exercises, aerial refueling, aircraft and weapons testing, and maintenance operations. The vast majority of these photographs are candid shots taken during actual operations conducted during 2006. All types of Air Force aircraft are covered, including B-1, B-2, and B-52 bombers, F-15, F-16, and F-22 fighters, T-6 and T-38 trainers, C-5, C-17, and C-130 transports, H-1 and H-60 helicopters, plus a variety of unmanned aerial vehicles and a host of others. All of the photos include the date it was taken and a description of the event, providing invaluable information for modelers and history buffs as a reference work.