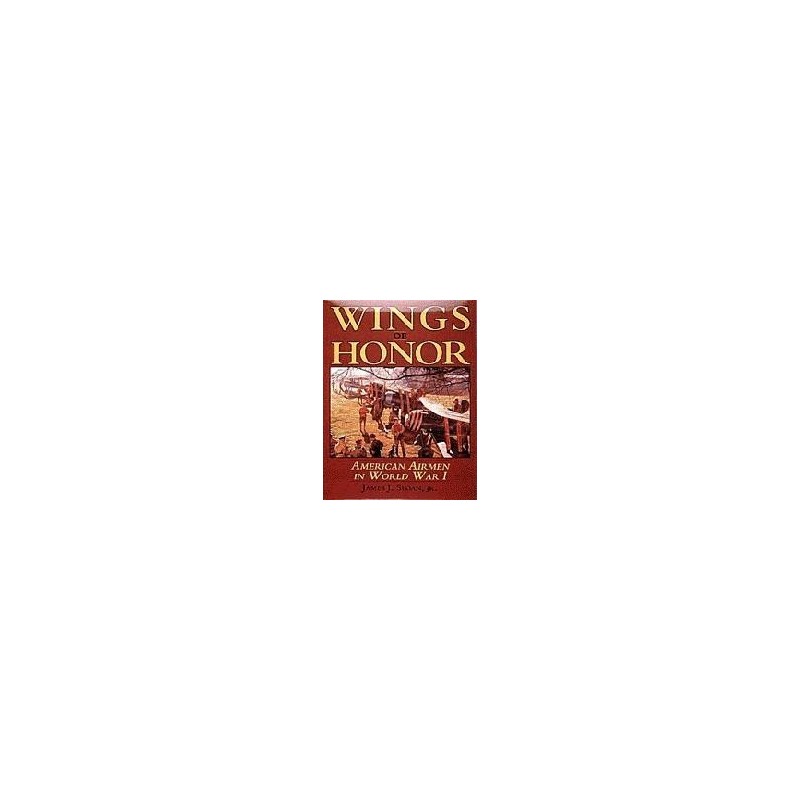 WINGS OF HONOR. American Airmen in World War I.

Wings of Honor is a compilation of all United States pilots, observers, gunners and mechanics who flew against the enemy in World War I. Covered are Americans who flew with the French and British air services, U.S. Navy aviators, the 103rd Pursuit Squardron, the 1st Balloon Group, the 1st Pursuit Group, the 1st Corps Observation Group, American bomber units, the 2nd Pursuit Squardron, the 3rd Pursuit Group, and all other units in which Americans flew. James J. Sloan is a founding member of the American Aviation Historical Society, as well as a charter member of the Society of World War I Aero Historians. He lives in Salinas, CA.

WINGS OF HONOR. American Airmen in World War I.