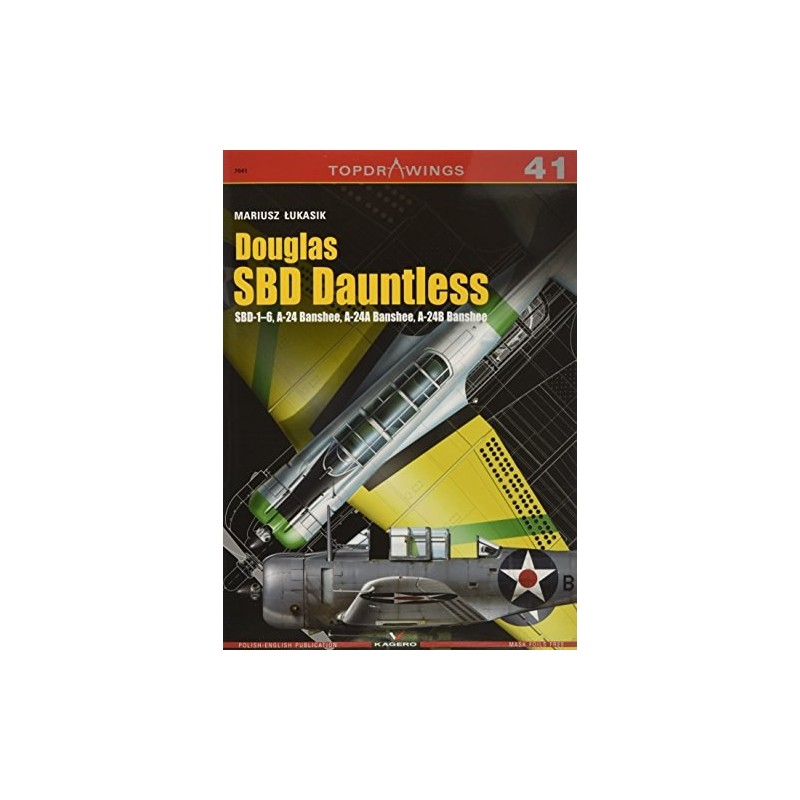 Douglas SBD Dauntless is one of the most popular American naval bombers of World War II era. The name Dauntless fits well to the aircraft’s “personality”. SBD was built with the aim of dive bombing, quickly nicknamed “helldiving”. Interestingly, one of the successors of Dauntless – Curtiss SB2C – was officially named “Helldiver” SBD.

During the next year many improvements were added, such as: self-sealing fuel tanks, stronger armament, and better electric installation. The most characteristic element was the airbrakes.

They were mounted through almost the full length of the bottom wing and halves of the upper wings. Therefore the braking system was very effective at stabilizing the dive.

The plane became a fully capable war machine. The most popular version was the SBD-5 with a 1200 HP Wright R-1820-60 radial engine. Almost 3,000 SBD-5 were produced. The plane took part in many important battles over the Pacific, but definitely the most significant were the Battle for Midway and the battle over the Guadalcanal. Dauntless’ were solid and reliable planes and crews really liked them. They quickly gave it a special nickname made from the letters SBD – “Slow but Deadly”.

Today there are four air-worthy SBD’s (all in the USA). 11 more are museum exhibits or undergoing restoration.