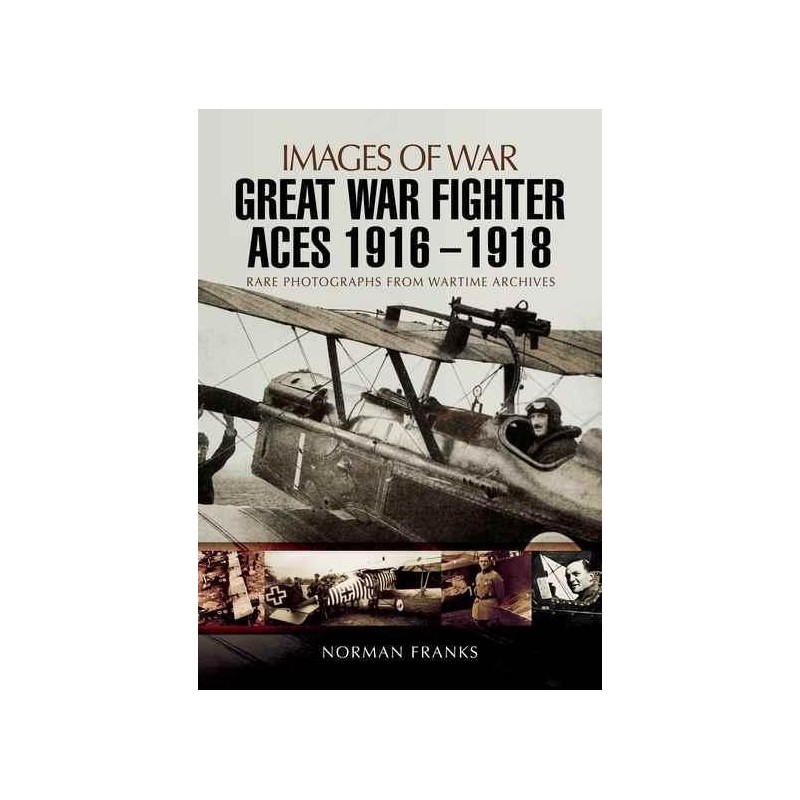 By the close of 1916, the air war over France was progressing amazingly. The Royal Flying Corps, the French Air Force and the opposing German Air Service, were all engaged in fierce aerial conflict and the Allied air forces were following a particularly successful if aggressive policy. They were taking the war to the Germans by constantly crossing the massive trench system that stretched from the North Sea to the Swiss border. With observation and bombing aircraft requiring constant protection from the German fighter Jastas, the fighter aces on both sides soon gained publicity and fame as a result of their daily engagements.

This book explores the many ways in which fighter pilots developed tactics in order to outdo the opposition in the fight for allied victory. In so doing, they achieved high honours on account of their prowess in the skies. It also looks at the development of militarised flight during the course of these key years, revealing how each side constantly endeavoured to improve their aircraft and their gunnery.

By early 1918 the Americans were also starting to take part in the war against Germany, and any number of US citizens were joining both the French Air Service as well as manning their own Aero Squadrons. This publication covers the development of American air combat, whilst also recording the efforts of some of their ace pilots flying both British and French aircraft with precision and skill.