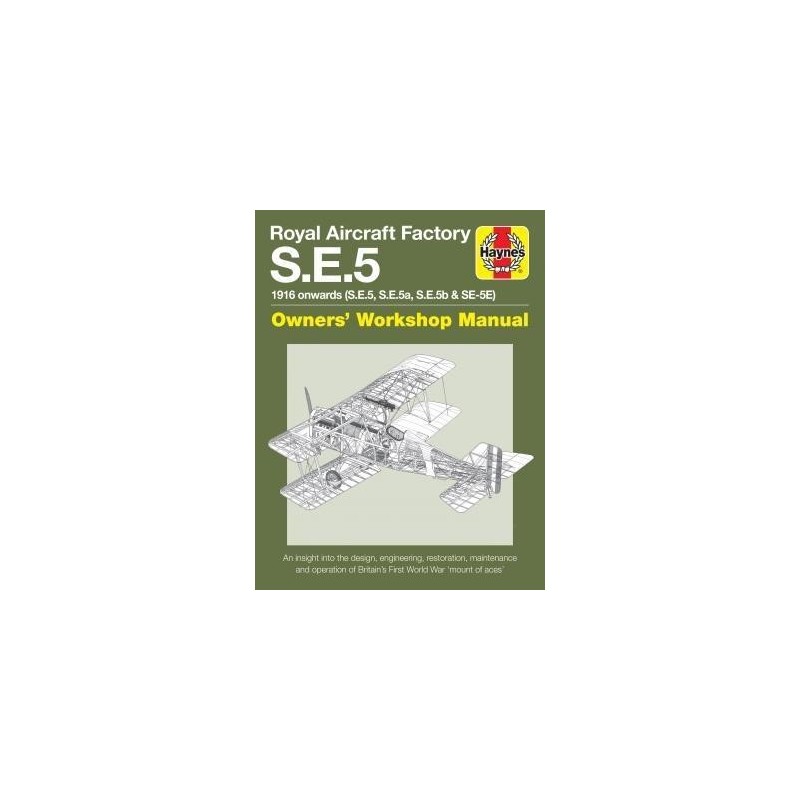 The S.E.5a became known as the mount of aces the aircraft in which the most successful fighter pilots of Britain and her Empire went to war throughout the last 18 months of the First World War. It was the Spitfire of the Western Front, delivering greater speed, range, firepower and all-round performance than the vast majority of its opposition. Often working in partnership with the more pugnacious Sopwith Camel, the S.E.5 and S.E.5a ensured that no enemy aircraft was safe even a long way behind their own lines as the Royal Flying Corps gradually won air superiority over the trenches. This latest addition to the range of Haynes classic aircraft Manuals delivers an authoritative history of the types design, development and operational history, as well as a step-by-step guide to the construction, maintenance, restoration and operation of this tremendously significant aeroplane.