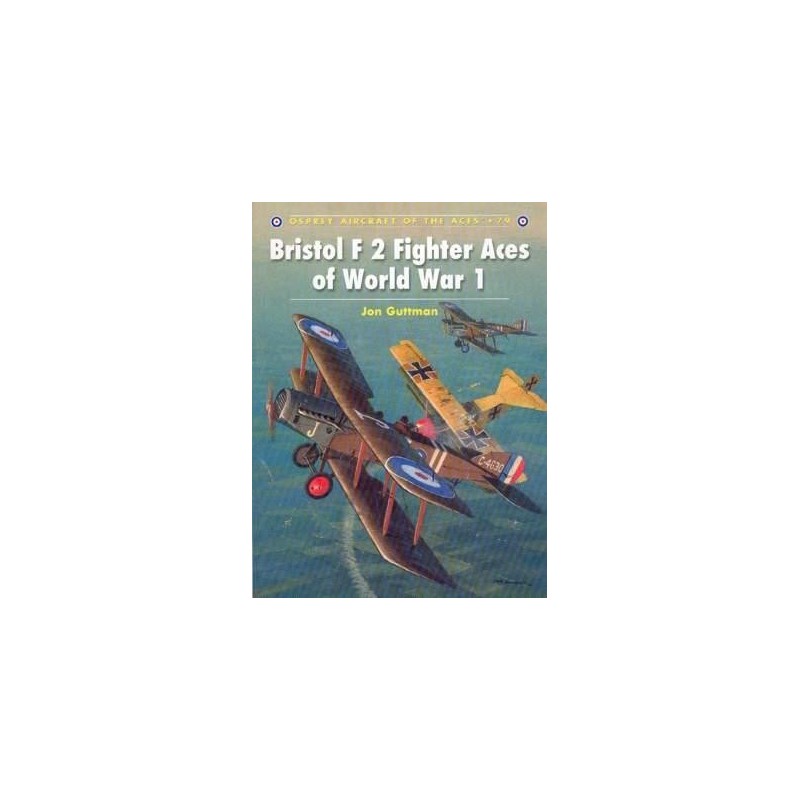 - This is the history of the best Allied fighter-destroyer of World War I and the pilots who flew it. Numerous ace teams earned the 'Biff' grudging respect from its German opponents, as the crews operated the plane not as a standard two-seater, but as a single-seat with a 'sting in the tail' in the form of a rear gunner with a Lewis machine gun. This book charts the development of the plane from its inauspicious beginnings to the revised model operating with a new kind of tactics. Numerous first-hand accounts and combat reports give a fascinating insight into the combat experiences of the pilots themselves.

Chapter 2: A Scout with a Sting in the Tail (Development of the F2B and new tactics)

Chapter 4: Ascendancy On Other Fronts (Bristol operations in Italy, the Middle East and post-war)