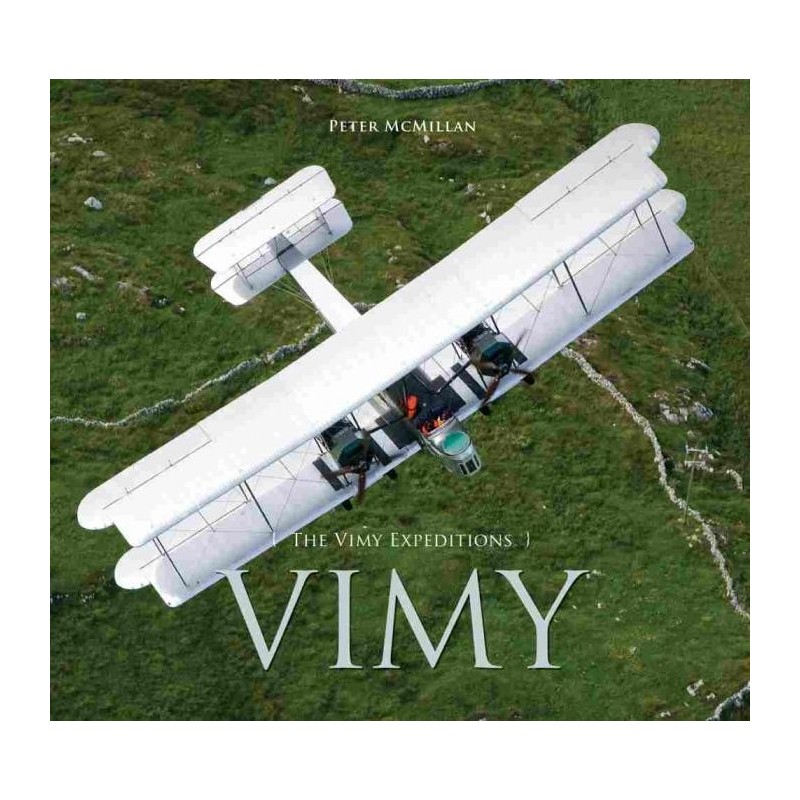 During World War I, Vickers Ltd., one of the worlds largest armament manufacturers, fulfilled orders for an open- cockpit three-seater bi-plane from the companys Brooklands factory. Flying for the first time in 1917, the F.B.27, or Vickers Vimy, met the British Air Boards need for a heavy multi-engine bomber. Following the Armistice of 1918, only 235 Vimys were built, with the first examples flying to Egypt to be used as bombers and transports.

Relegated to peacetime use, Vimys converted for commercial operations achieved a non-stop flight from Canada to Ireland in 1919, piloted by John Alcock and Arthur Whitten Brown, closely followed by Australians Ross and Keith Smith flying from England to Adelaide. Pierre van Ryneveld and Christopher Quintin Brand later competed with a Vimy in the 1920 Daily Mail Race for the Cape, an event they were unable to complete in their original aircraft.

Reliving the adventures of these aviation pioneers, a team of risk-takers re-creates their journeys to Australia, South Africa and across the Atlantic in the Vimys open cockpit.

The specially built Vimy suffered engine failure over Sumatra and dodged wildlife and potholes in northern Kenya. Her adventurous crew, wilted in soaring Saharan temperatures, and nearly froze over the Atlantic. Peter McMillans book records all three voyages, reliving the thrills, hazards, and successes of those pioneering moments.

Interwoven with stories of the early 20th century expeditions and backed by stunning photography, The Vimy Expeditions provides a glorious tribute to that mammoth bi-plane from a bygone era.