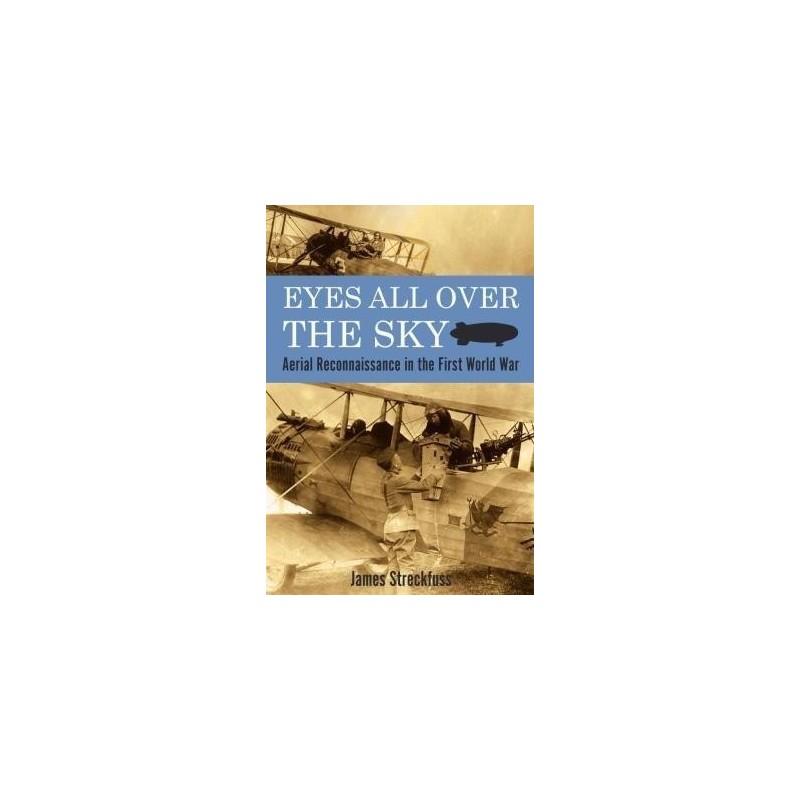 - Much fascinating detail about the use of balloons, pre-wireless communication techniques and anti-submarine operations.

After the first successful flight by the Wilbur brothers in 1903, the age of aviation was born, and by 1910 army commanders in the United States and Europe began ordering aircraft and experimenting with them. But at the outbreak of World War I in 1914, no-one could yet possibly know how significant a role they would play in the fighting. Aerial reconnaissance, observation and photography impacted the fighting in many ways, but little has been written about it. Balloons and airplanes regulated artillery fire, infantry liaison aircraft followed attacking troops and the retreats of defenders, aerial photographers aided operational planners and provided the data for perpetually updated maps, and naval airplanes, airships, and balloons acted as aerial sentinels in a complex anti-submarine warfare organization. Reconnaissance crews at the Battles of the Marne and Tannenberg averted disaster. The story told here involves the early American Lafayette Escadrille pilots who were looking for heroic deeds and romantic adventure in aerial combat, as well as the German, British and French aces of popular imagination. But the real value of military aviation lay elsewhere: balloonists, unsung heroes, were an essential part of the observation chain, and forever altered the nature of artillery operations. Observation spotters from planes further enhanced the benefit of being able to extend the target range well out of the line of sight and direct artillery fire, though communicating information was far from easy and systems from weighted message bags through light flashes, smoke signals and wireless messages were tried and honed. Eyes All Over the Sky fully explores all the aspects of aerial reconnaissance, and its previously under-appreciated significance. Also included are the individual experiences of British, American and German airmen: true pioneers of aviation warfare.