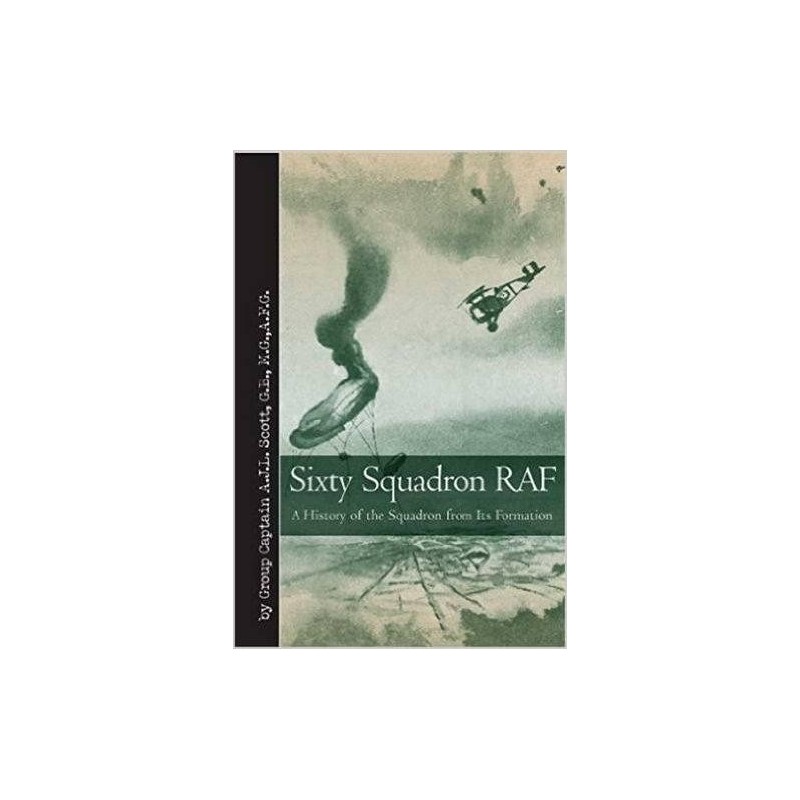 SIXTY SQUADRON, RAF. A History of the Squadron from Its Formation.

Sixty Squadron RAF, which covers the period from the disastrous maelstrom of the Somme offensive to final victory, 19161919, is one of the classic histories of the Great War. It is the story of a squadron whose members were awarded 1 Victoria Cross, 5 Distinguished Service Orders, 1 Bar to the DSO, 37 Military Crosses and 5 Distinguished Flying Crosses. Pilots of No.60 Squadron included Harold Balfour, Albert Ball, A.D. Bell-Irving, Billy Bishop, K.L. Caldwell, and the young T.B. McCudden, who was killed in action, but whose own accounts of the fighting have also become legendary.

Organized in April 1916, No.60 Squadron went to France the next month. It participated in not only the Somme campaign but Arras, Passchendaele and the March 1918 offensive. Group Captain A.J.L. Scott has written in this book not only of the aces under his command but of their German opponents, who were not childs-play. His account begins with the early stages of scouting and closes with the final concepts of offensive aerial combat during World War I. In the intervening period No.60 Squadron achieved an impressive 274 victories over enemy aircraft.

SIXTY SQUADRON, RAF. A History of the Squadron from Its Formation.