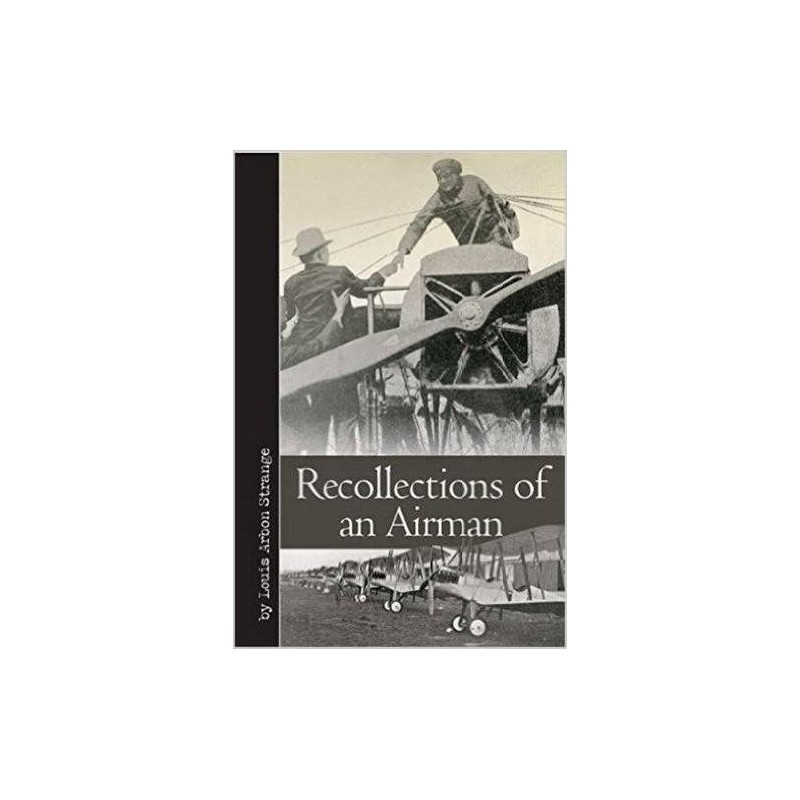 RECOLLECTIONS OF AN AIRMAN.

- Uniquely, the memoir of an officer who had to keep abreast of technical developments in the new concept of air war, as well as hold on to the courage to fight

Strange's squadrons were switched all around the Front, and were constantly provided new and better machineseven as his German opponents were receiving the same.

Here is an authentic memoir of a remarkably wide range of Western Front experience, from the very beginning of the Great War until the end. Strange was 23 years old when he learned to fly, and was at the Central Flying School when war broke out. He hurriedly packed his kit and reported to Royal Flying Corps headquarters, to join No.5 Squadron. He was on active duty throughout the whole of the war, seeing service over the Western Front from August 1914 to the enemy's surrender. In 1915 Strange transferred to No.6 Squadron and went on to form and command No.23 Squadron, but due to illness he did not accompany it to France. There followed a valuable period training others, taking charge of the Machine-Gun School at Hythe, and also other schools of aerial gunnery, before he returned to the Front. There he commanded the 23rd Wing, and finally took command of the 80th Wing from June 1918 until the end of the war. Along the way we see no shortage of insight into exactly how Allied airmen eventually prevailed. Strange died aged 75 in 1966, having continued his association with aviation over the years and adding a Bar to his DFC in the Second World War.

RECOLLECTIONS OF AN AIRMAN.