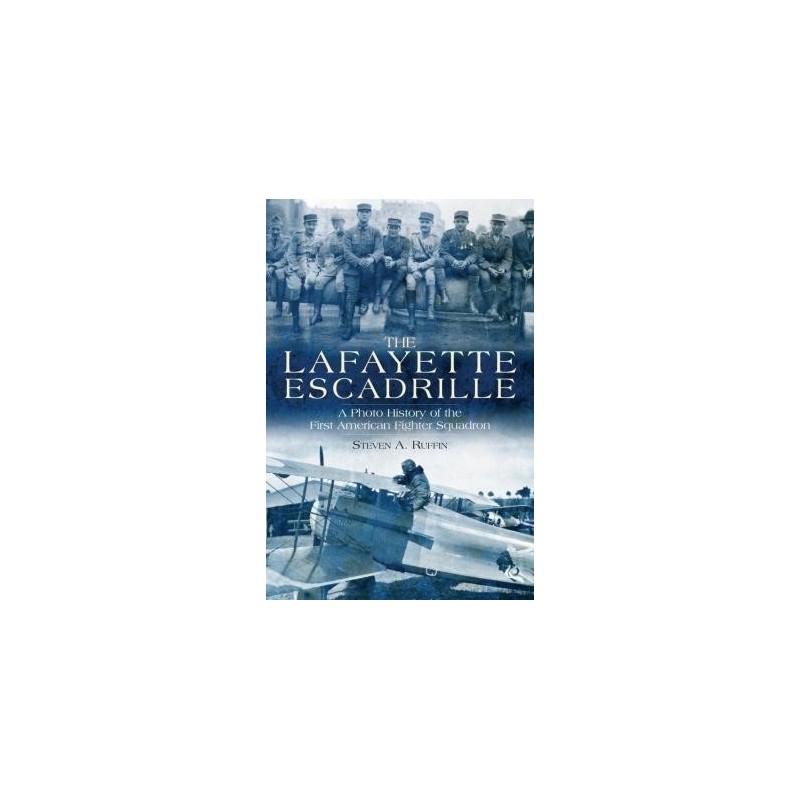 THE LAFAYETTE ESCADRILLE. A Photo History of the First American Fighter Squadron

- The story of America's first, most daring "few, who jumped into the Great War in Europe even as their country itself hesitated

Full accounts of aerial combat into the teeth of deadly Boche aces, as well as stories of life among fellow Allies on the front

Unprecedented photo research into the Lafayette Escadrille, including many modern scenes of the places where the elite squadron once lived, visited or fought

The Lafayette Escadrille was an all-volunteer squadron of Americans who flew for France during World War I. One hundred years later, it is still arguably the best-known fighter squadron ever to take to the skies. In this work the entire history of these gallant volunteerswho named themselves after the Marquis Lafayette, who came to America's aid during its Revolutionis laid out in both text and pictorial form. In time for the centennial celebration, this work not only tells the fascinating story of the Lafayette Escadrille, it shows it. Already a student of the squadron, the author spent a full year sifting through university and museum archives in the United States and France for photographs and documents relating to the famed unit. To complement these images, he traveled extensively, taking snapshots of existing markers and memorials honoring the men of the Lafayette Escadrille. In France, he specifically sought out locations where the squadron operated and its pilots frequented. In several cases, he was able to match his present-day color photos with contemporary images of the same scene, thus creating a jaw-dropping then-and-now comparison. To add even more color, the author included artwork and aircraft profiles by recognized illustrators, along with numerous full-color photographs of artifacts relating to the squadron's men and airplanes, as they are displayed today in various museums in the United States and France. The result is undoubtedly the finest photographic collection of the Lafayette Escadrille to appear in print. Along with the expert text revealing air-combat experiences as well as life at the front during the Great War, it is a never-before-seen visual history that both World War I aviation aficionados and those with a passing interest in history will appreciate.

THE LAFAYETTE ESCADRILLE. A Photo History of the First American Fighter Squadron