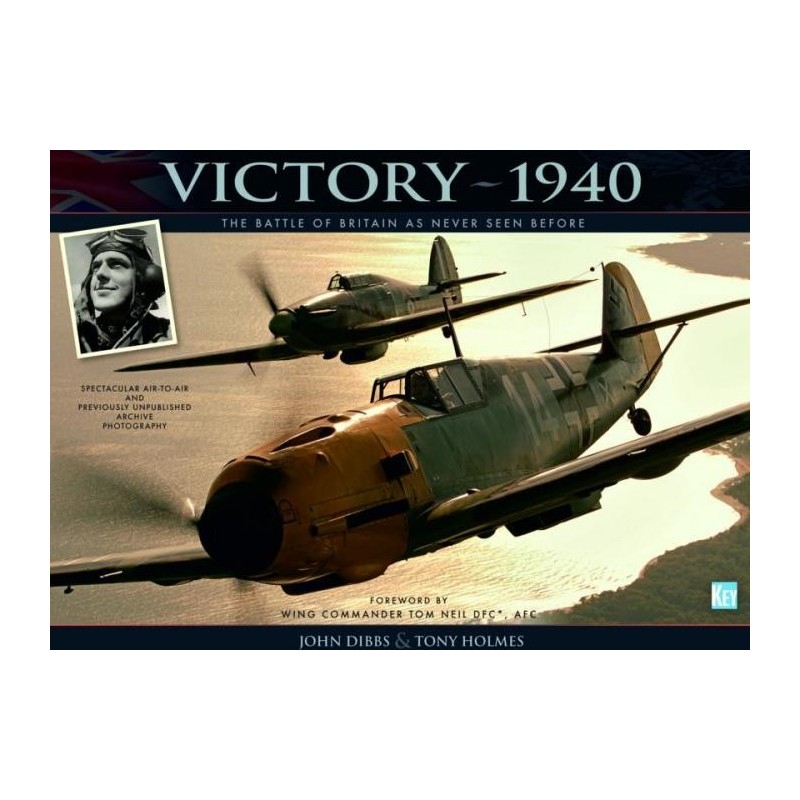 VICTORY 1940. The Battle of Britain as never seen before.

Scramble! Scramble! Seventy five years ago the skies over Britain were full of dogfighting aircraft as young pilots of the RAF fought to repel the might of the German war machine. Described by Prime Minister Winston Churchill as Our Finest Hour, the Battle of Britain is a defining moment in recent history and remains an inspiration to us all.

VICTORY 1940 presents a pictorial chronology of the legendary fight, when the might of the Luftwaffe was defeated for the first time, by Churchills Few. The history of the battle has been recounted many times, but this publication offers a new and exclusive approach, through razor-sharp contemporary imagery of restored Battle of Britain warbirds, combined with previously unpublished archive material.

The graphic illustrations of VICTORY 1940 are supported by a riveting account of the greatest air battle of all time, as seen through the eyes of combatants from both sides. We witness their triumph and tragedies as they battle for a cause and survival itself.

VICTORY 1940 draws from John Dibbs Battle of Britain restored image archive as well as other personal collections made available especially for this book, which provide fresh insights into the events of 1940 and enhance the compelling text.

VICTORY 1940. The Battle of Britain as never seen before.