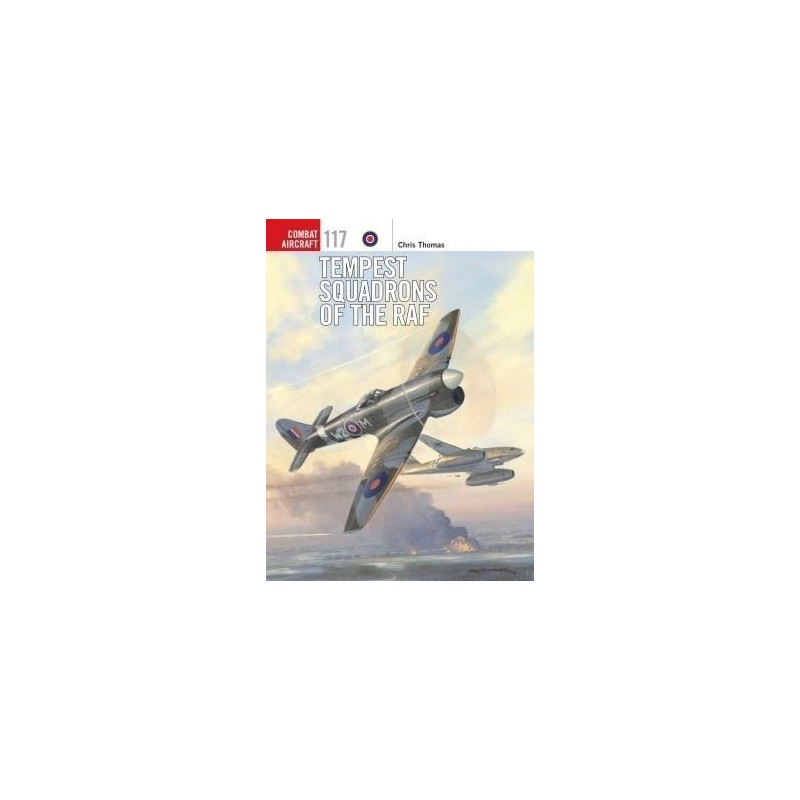 TEMPEST SQUADRONS of THE RAF.

Hawker's charismatic Tempest V entered RAF service just in time to be the most successful counter to the V1 flying bomb assault on southern England in the summer of 1944. With more than 800 of the robot missiles to its credit, Tempest V units then crossed the Channel to lock horns with the best the Luftwaffe had to offer - Fw 190D-9s, Ta 152s, Me 262s and Bf 109G/Ks - achieving an impressive kill/loss ratio in aerial combat.

With incredibly detailed aircraft profiles and exciting combat reports this title covers the full history of Tempest squadrons, from their initial design and combat experience in World War 2 through to their post-war role and the eventual decline of this iconic British fighter.

TEMPEST SQUADRONS of THE RAF.