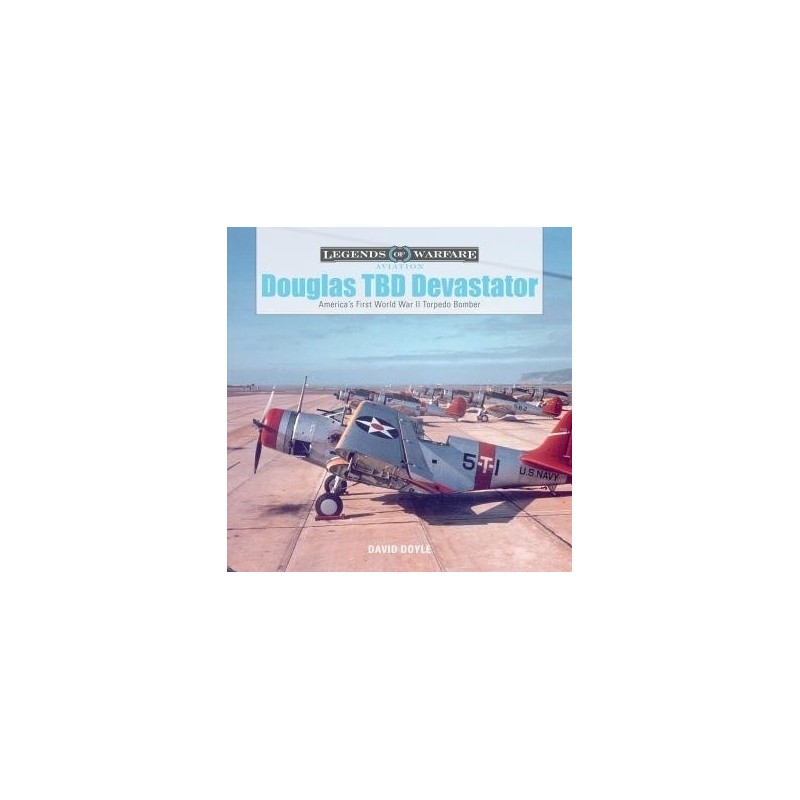 The Douglas Devastator was the US Navys first all-metal combat aircraft, the Navys first airplane with a fully enclosed cockpit, the first aircraft to have hydraulically folding wings, and the first US Navy torpedo bomber to see combat. Although facing staggering losses in the early stages of the war in the Pacific, the brave men flying the Devastator from the decks of such famed ships as Enterprise, Hornet, Yorktown, and Lexington held the line against the enemy. Through carefully researched photos, many of which have never before been published and which are reproduced in remarkable clarity, the history and details of this iconic aircraft are revealed. This clarity, and the large size of many of the photos, coupled with descriptive and informative captions, puts the reader in the skies with this historic aircraft. Part of the Legends of Warfare series.