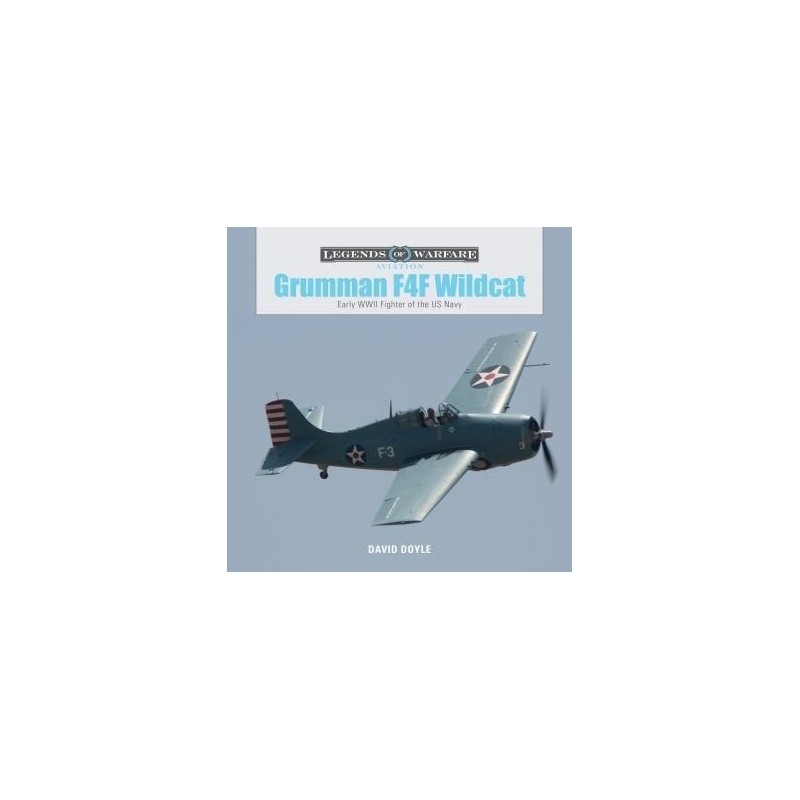 GRUMMAN F4F WILDCAT. Early WWII Fighter of the US Navy.

The F4F and FM Wildcat aircraft was the US Navys front-line fighter in the early days of WWII. This iconic aircraft was designed and produced by Grumman, as well as the newly-formed Eastern Aircraft Division of General Motors. As larger and more powerful fighters joined the fleet in the later stages of the war, the Wildcat remained in the fray, flying from the decks of escort carriers, which were too small to permit the operation of the later aircraft. The Wildcat was remarkable not only because it served through the duration of the war, but also because it was the mount of some of the nations most distinguished aces, including Butch OHare and Joe Foss. Part of the Legends of Warfare series.

GRUMMAN F4F WILDCAT. Early WWII Fighter of the US Navy.