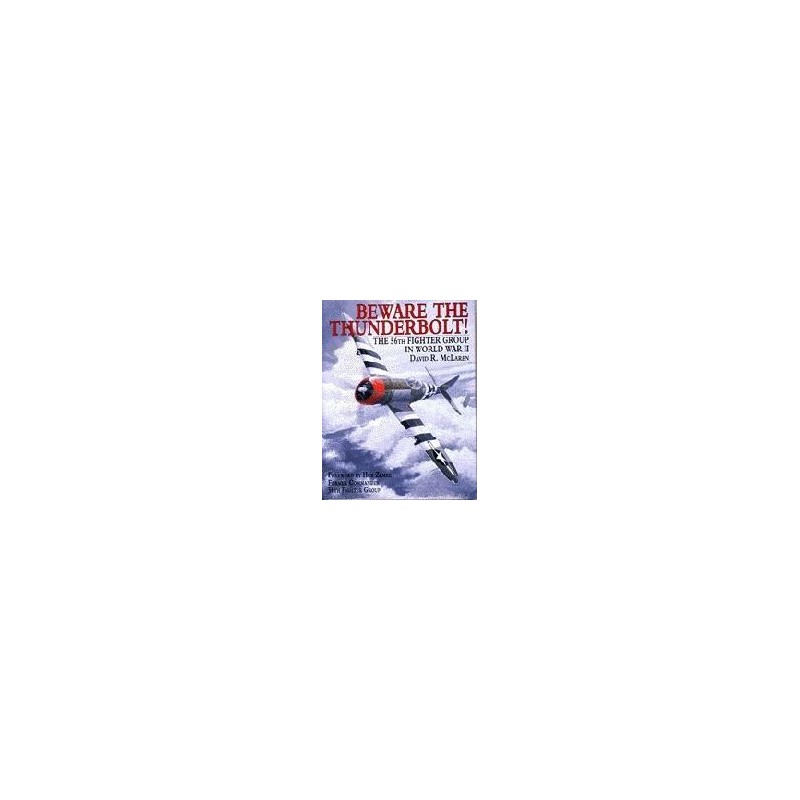 With names like Zemke, Schilling, Gabreski, Mahurin and Johnson, the 56th Fighter Group was, and still is, one of the legendary fighter units of World War II. BEWARE THE THUNDERBOLT ( the apt official motto of the 56th) is the story of the 56th Fighter Group in a chronological narrative of their combat missions. Composed of heroic pilots that aggressively took the air war into the enemy heartland in 1943, the "Wolfpack's" P-47 Thunderbolt contrails crossed high in the upper stratosphere as they escorted heavy bomber missions, or fell upon the enemy on the ground as their pilots destroyed over 1000 Luftwaffe aircraft. The story is also coupled with their post-war history of innovative Mustang missions to Alaska, and the first trans-Atlantic jet fighter missions in the P-80 Shooting Star. The foreword is by Hub Zemke, former commander of the 56th Fighter Group. David McLaren is also the author of Lockheed F-94 Starfire.