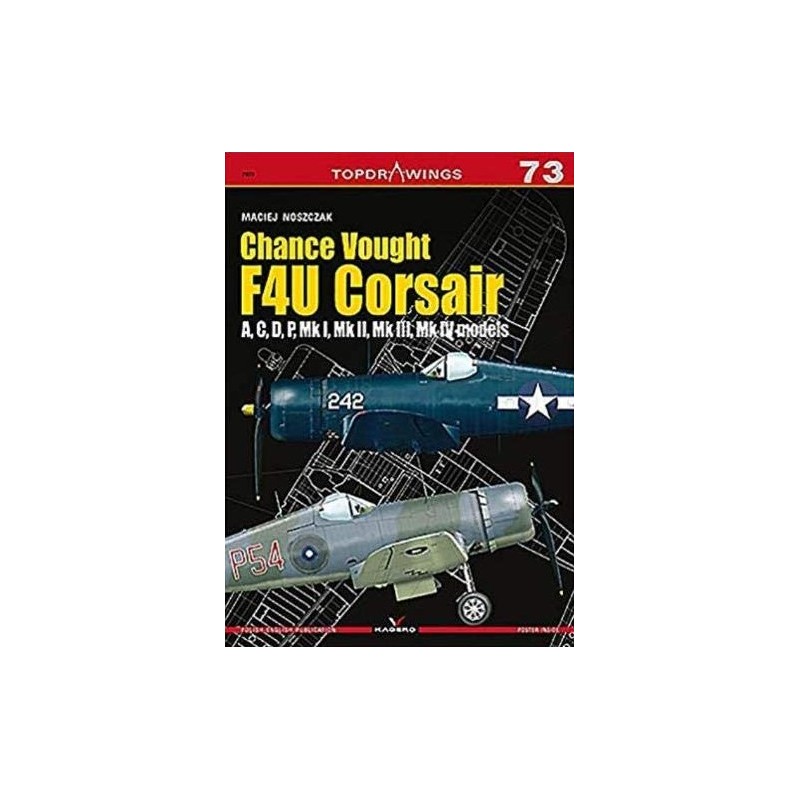 The enormous war demand for all kinds of armaments, including fighters, caused the Vought factory to be overloaded with production. Therefore, it was extended to Brewster and Goodyear factories, where the production of F4U fighters began. Ultimately, 12,500 Corsairs were built in 16 different variants. The first production version of the Corsair - F4U-1 - had a characteristic built-in fairing cabin, so-called birdcage, which also forced to lower the position of the pilot's seat. There were many visible changes compared to the XF4U-1 prototype. First of all, the cockpit was moved 81 cm to the rear due to the installation of a much larger fuel tank in front of the cabin. The whole fuselage was then extended by 43 cm. Cockpit armor and a bulletproof windshield were also used. To improve visibility from the cabin, a windows behind the pilot's headboard were added on both sides. The F4U-1 version was powered by the Pratt & Whitney R-2800-8 twin wasp engine. Another variant was the F4U-1A, in which more or less from mid to the end of the production a higher and wider canopies were used - very similar to the British Malcolm hood. The pilot's seat was raised by 18 cm, which in addition with a new canopy and lengthening the tailwheel leg by 15 cm improved the visibility from the cockpit over the enormous nose of the machine. An important improvement was the introduction of much better oil shock absorbers on the main undercarriage, which eliminated the problem of "kangaroos" during landings. This had a considerable impact on Corsair service on board of aircraft carri