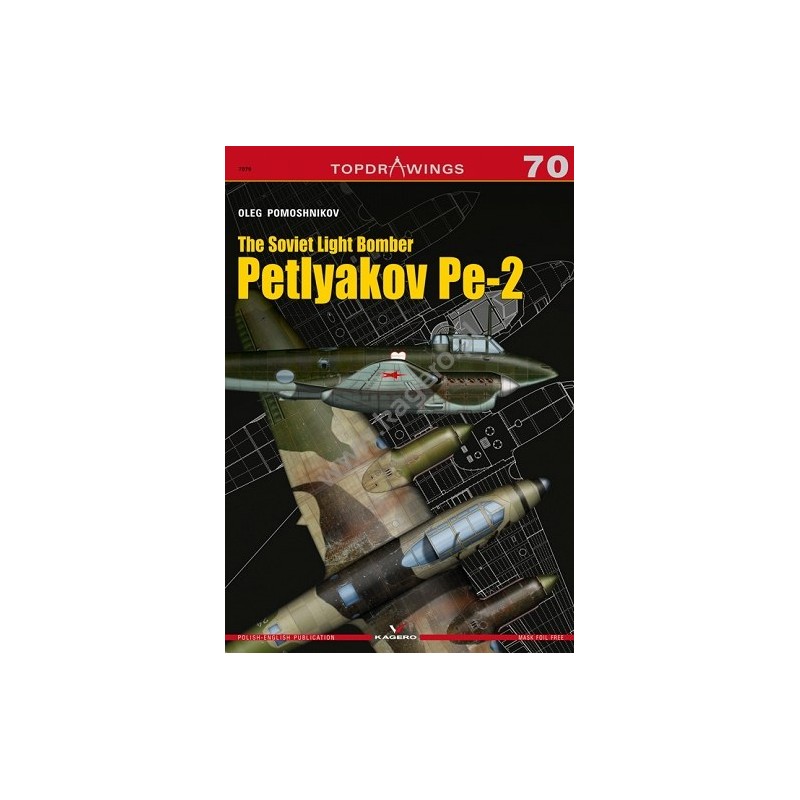 Petlakov Pe-2 (Peshka) is the best-known twin-engine light bomber of Soviet aviation in World War II. The plane was susceptible to structural changes, which allowed it to be used as a heavy fighter (also night), a dive bomber or a long reconnaissance plane.

Vladimir Petlakov constructed the Pe-2 in prison, where he got in 1937 for allegedly delaying the works on the ANT-42 Tupolev bomber. Petlakow, while serving the sentence, was appointed the head of the constructors' group, which was to create a fast and durable machine that could freely escort the ANT-42. That is how the VI-100 was made. It was a quite advanced plane for its time (the first flight took place on December 22, 1939). It was a fully metal construction. The machine was equipped with a pressurised cockpit, turbochargers and many advanced electronic systems.