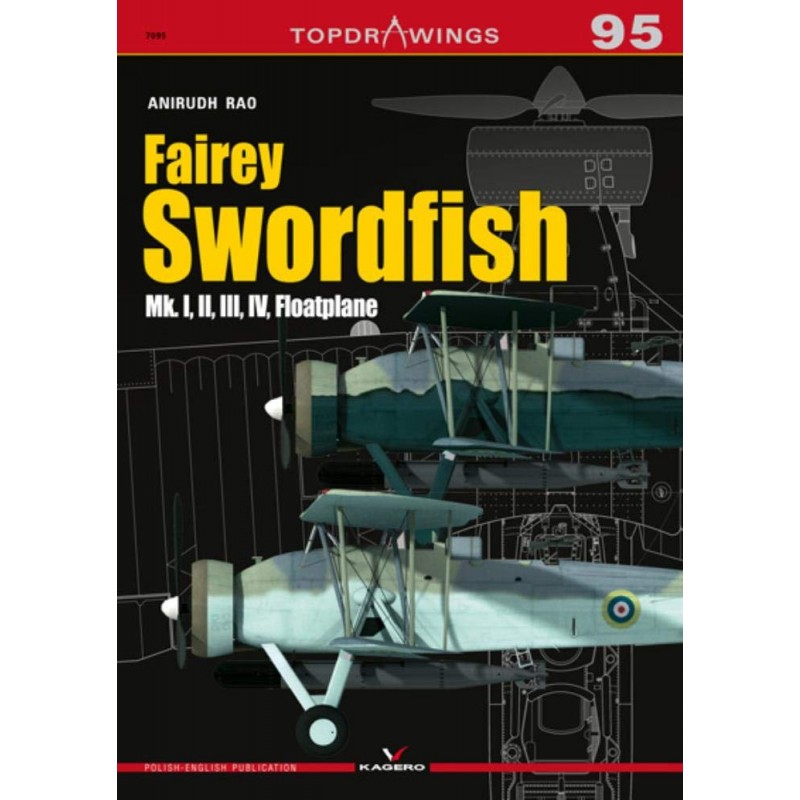 Fairey Swordfish was a British biplane torpedo-bomber and reconnaissance aircraft designed to operate from aircraft carriers or as a reconnaissance seaplane operating from catapult launchers. The prototype was built in 1933 at the Fairey Aviation Co. Ltd. The aircraft had its first flight in 1933, too. It had an open cabin for a three-man crew and a fixed landing gear. It was powered by a Bristol Pegasus II M (640 hp) star engine. In 1934, Fairey Aviation released a second prototype that was equipped with a 690 hp Bristol Pegasus III M3 engine. The new type could also use floats. Series production began in 1935. Fairey Swordfish Mk. I was produced in both: bomber-torpedo-reconnaissance version with a wheeled landing gear and as a floatplane. The machine had a classic tail with a horizontal stabilizer. It also had folding wings. Truss structure fuselage was used, with front covered with metal sheets. In the middle there were three uncovered tandem crew cabins. Undercarriage had a tail wheel and arresting hook under the fuselage. The aircraft was equipped with a inflatable dinghy.