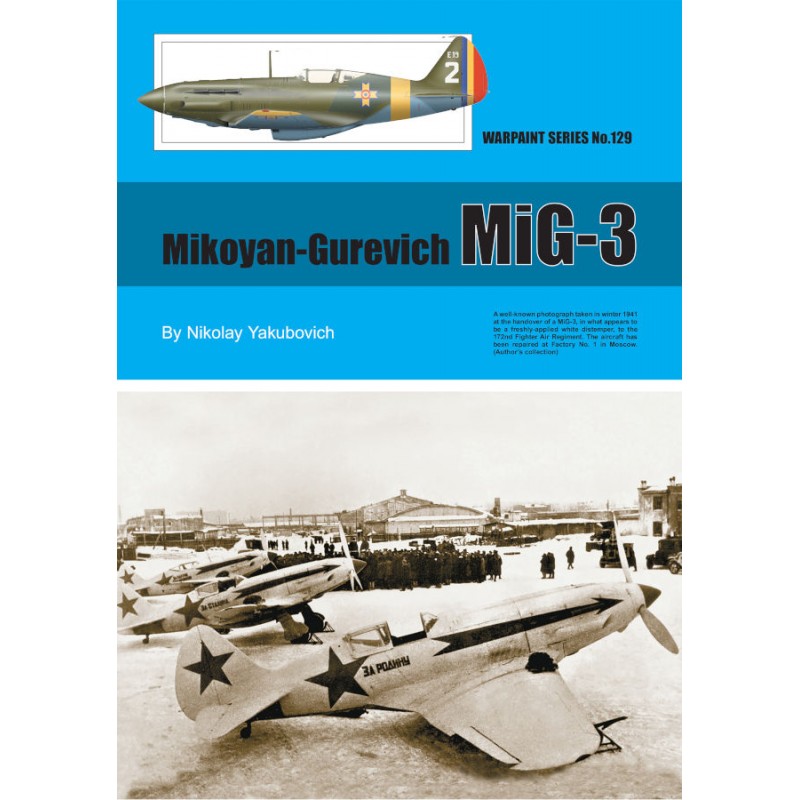 9 pages of Colour Profiles6 pages of Scale PlansOver 120 images some never published before!!!By the time Operation Barbarossa unfolded on 22 June 1941 some 981 MiG-3s were in service with the Soviet Air Forces (VVS), the Soviet Air Defence Forces (PVO) and Soviet Naval Aviation, but the aircraft had undergone a difficult development and was an unforgiving machine to fly in combat. It had been designed for high-altitude but combat over the Eastern Front was gen-erally at lower altitudes, where it was outmatched by its chief adversary, the Bf 109. Combat losses were high, and over time, the aircraft were concen-trated in the PVO, where its disadvantages mattered less, despite which the type had been replaced in service by the end of the conflict. This latest book in the Warpaint series covers the aircraft comprehensively, with an impres-sive historical text, and a selection of photographs that will be essential for any modeller considering a project. Drawing on original Soviet sources and archives this is an authoritative and comprehensive account of one of the great fighter aircraft of World War 2. Once again author Nikolay Yakubovich has provided an authoritative text backed up by historical images and colour artwork and scale drawings to the same standard by artist Andrey Yurgen-son.