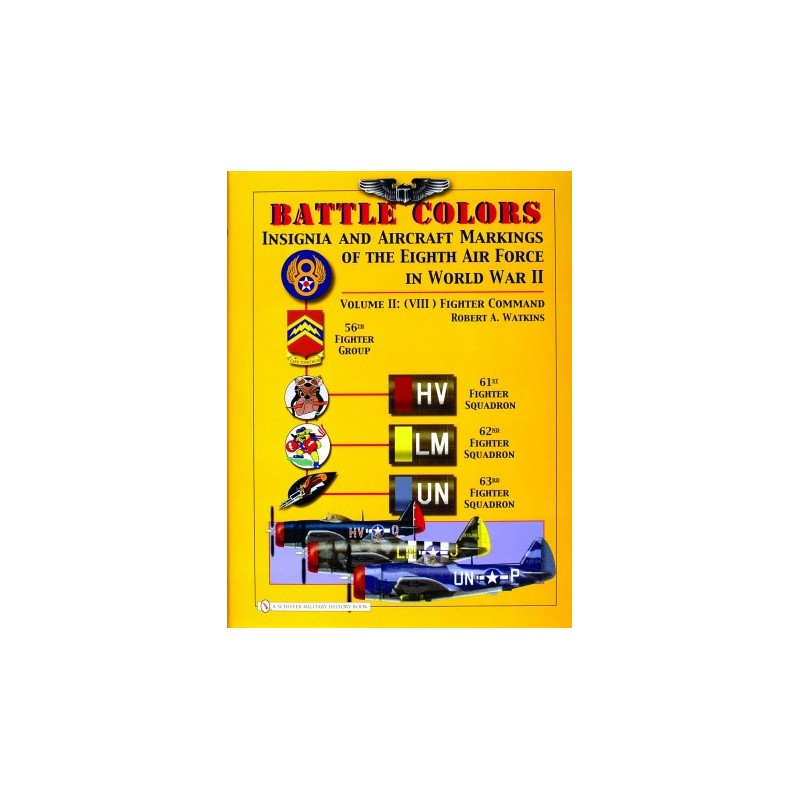 This second volume in the Battle Colors series completes the study of the insignia and markings of the 8th AAF during World War II. Whereas the first volume covers 8th Bomber Command, Volume II focuses on the Fighter Groups, Scouting Force and Special Operations units of the Mighty Eighth. Battle Colors approaches a visual subject in a visual manner utilizing full color illustrations and wartime photographs. All known unit insignia, tactical markings and identification codes are depicted with the proper placement for all aircraft types flown during the war. Additionally, this work includes diagrams showing approved specifications for the size and placement of all versions of the U.S. insignia as applied to USAAF P-38, P-47 and P-51 fighter aircraft. Also included are all unit airfield location maps and order-of-battle charts for all combat air elements assigned to the 8th AAF from June 1942 through June 1945. The Battle Color series should be considered an essential addition to the library of anyone with an interest in USAAF combat air operations during World War II.