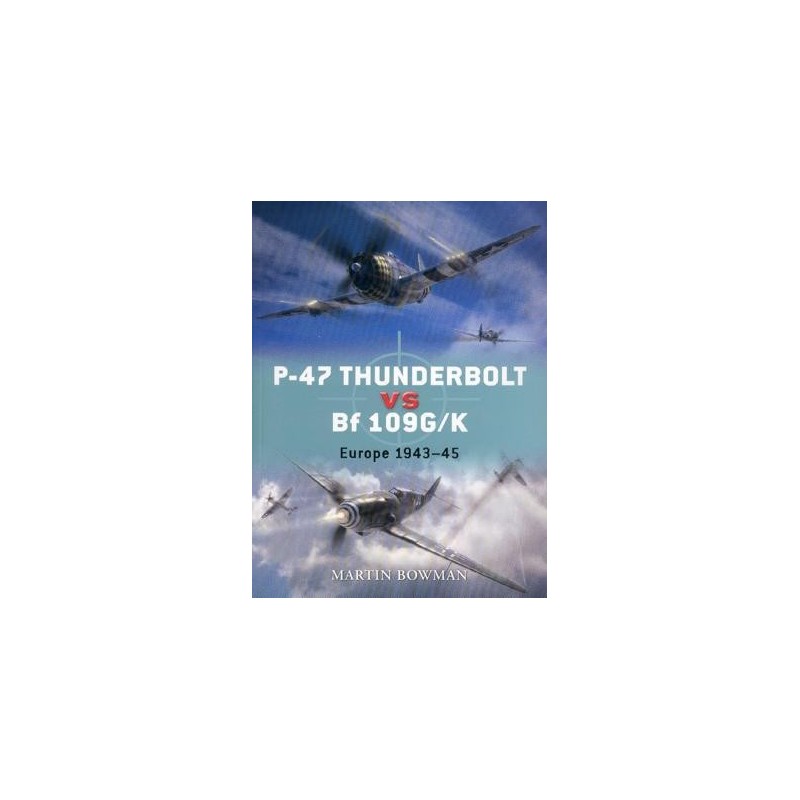 - The largest single engined fighter when the USA entered the war, the P-47 was a monster of a machine. In contrast the Bf 109G was a much smaller aircraft. With all-round better performance than the P-47 at low altitudes the Bf 109G was the staple Defence of the Reich fighter. This book examines the mighty clash between these two legends of the sky. It examines the numerous aspects of the pilots' training, the tactics they used once in combat and the leading edge technology employed by these second generation World War 2 aircraft as well as the continual development of both fighter types. Finally, the key elements of both fighters - the airframe, engine, armament and flying characteristics - are also explored through first hand accounts from the aces that went head-to-head in the war-torn skies of Europe.