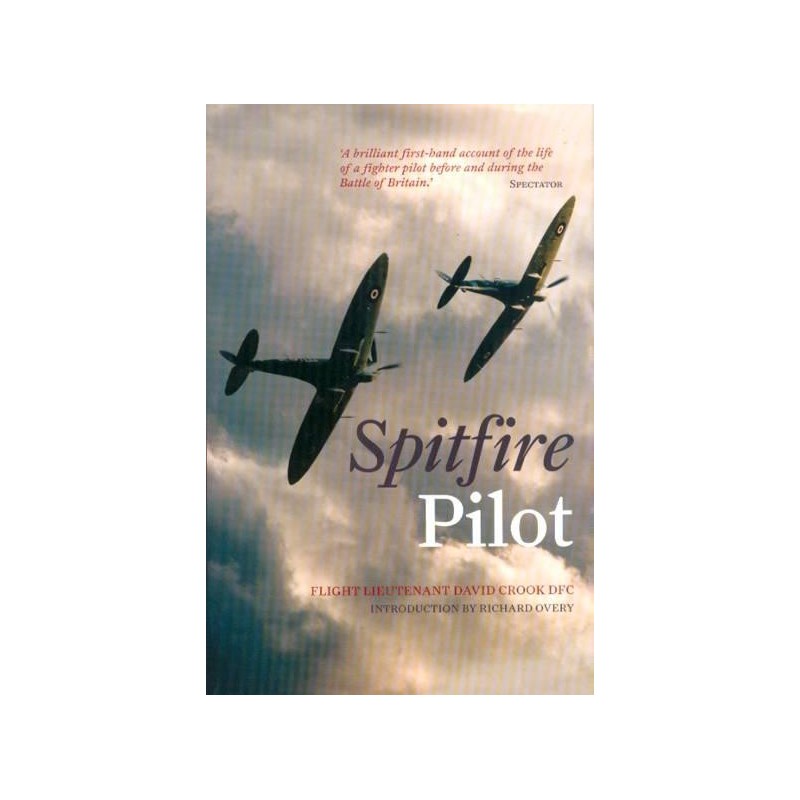 Spitfire Pilot was written in 1940 in the heat of battle when the RAF stood alone against the might of Hitler's Third Reich. It is a tremendous personal account of one of the fiercest and most idealised air conflicts - the Battle of Britain - seen through the eyes of a pilot of the famous 609 Squadron, which shot down over 100 planes in that epic contest.

Often hopelessly outnumbered, in their state of the art Spitfires, Crook and his colleagues committed acts of unimaginable bravery against the Messerschmidts and Junkers. Many did not make it and the author describes the absence they leave in the squadron with great poignancy.

Spitfire Pilot is justly regarded as one of the classics of WWII and this new paperback edition, 66 years on, includes an introduction by the historian Richard Overy.

'Flight Lieutenant Crook reads like a Battle of Britain blog. He puts the reader in the cockpit, fighting for the nation's survival...To relive the triumphs, fun and downs of a Battle of Britain pilot read this book.' Air Marshal The Lord Garden KCB

'A unique personal insight into one of the crucial periods of the war... I cannot recommend this highly enough.' World War II Magazine