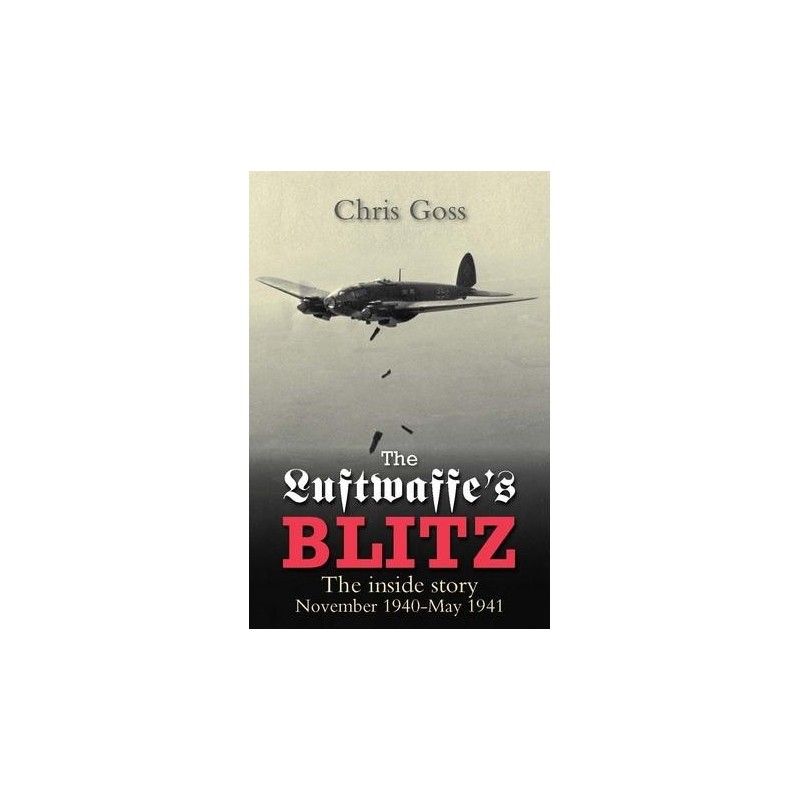 Following the failure of the day campaign during what has become known as the Battle of Britain, on 7 September 1940, the Luftwaffe commenced bombing London and major cities, predominantly by night. The Blitz continued until 10 May 1941 with many towns and cities across the country being attacked and London being struck 57 nights in succession.

By the end of May 1941, over 43,000 civilians had been killed, half of them in London, and more than a million houses destroyed or damaged in London alone. The Blitz failed to break the morale of the British people and any thoughts of a German invasion were eventually cancelled with German attention being transferred to the Soviet Union. Accordingly, the intensity of the attacks against mainland Britain lessened considerably.

Much has been written about the Blitz from a British perspective but here we see the story from the viewpoint of the German aircrew involved, many of whom were shot down and taken prisoner. Using first hand accounts and previously unpublished photos, The Luftwaffes Blitz details the Luftwaffes assault against the United Kingdom in 1941.

Integrated with accounts from the aircrew of the RAFs embryonic night fighter force as they fought against the Luftwaffe night after night in difficult and often primitive circumstances, this book provides a new perspective on the Blitz from the attackers point of view.