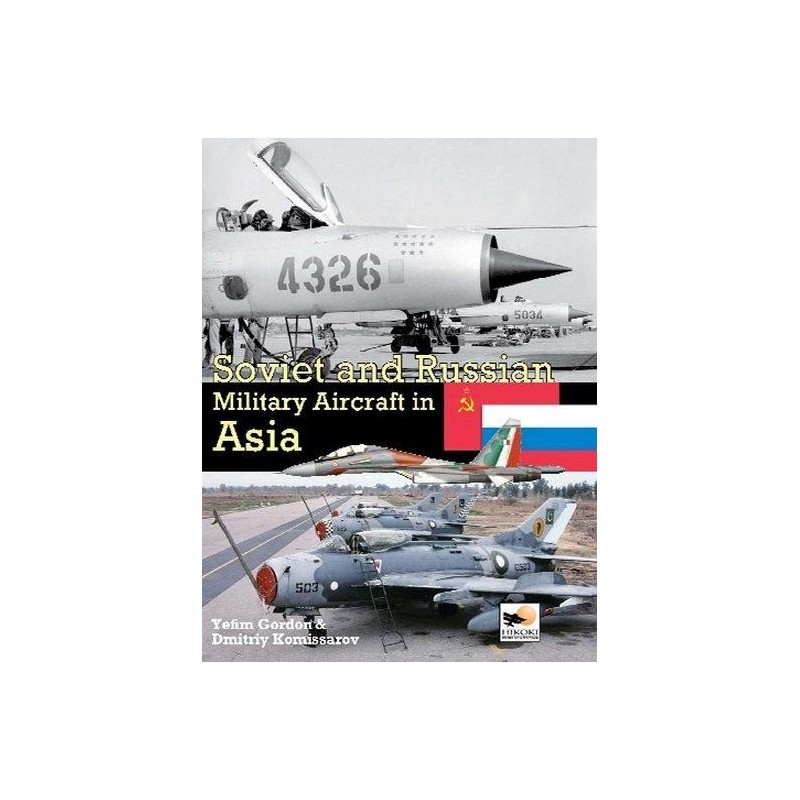 After the end of the Second World War, the Soviet Union tried to exert its political influence on the Asian continent. A major pillar of this cold-war policy was the widespread supply of arms to the Continent including many combat, transport, training and utility aircraft.

Soviet and Russian Military Aircraft in Asia reviews in detail the Soviet and Russian aircraft types used throughout Asia, starting in the 1950s and continuing through to the present day. Each nation is reviewed individually with an overview of the types used, their service record (including combat in conflicts of varying intensities) and extensive tables of individual aircraft with serials, construction numbers, versions and notes. Although the ubiquitous MiG fighters and Mil helicopters feature prominently, there are many other types to consider and aircraft from all the leading design bureaux, including Antonov, Beriyev, Ilyushin, Kamov, Sukhoi, Tupolev and Yakovlev are covered in this book. Chinese copies of Soviet designs are reviewed and also included are those quasi-military and ostensibly civilian transports which have clearly been operated largely on behalf of the military.

Soviet and Russian Military Aircraft in Asia is a treasure trove of exotic colours and markings, combined with a mass of unpublished, original information including over 320 photos, over 140 colour profiles and around 50 insignia to delight modellers and fascinate all readers.

- Third in a major 3-book series