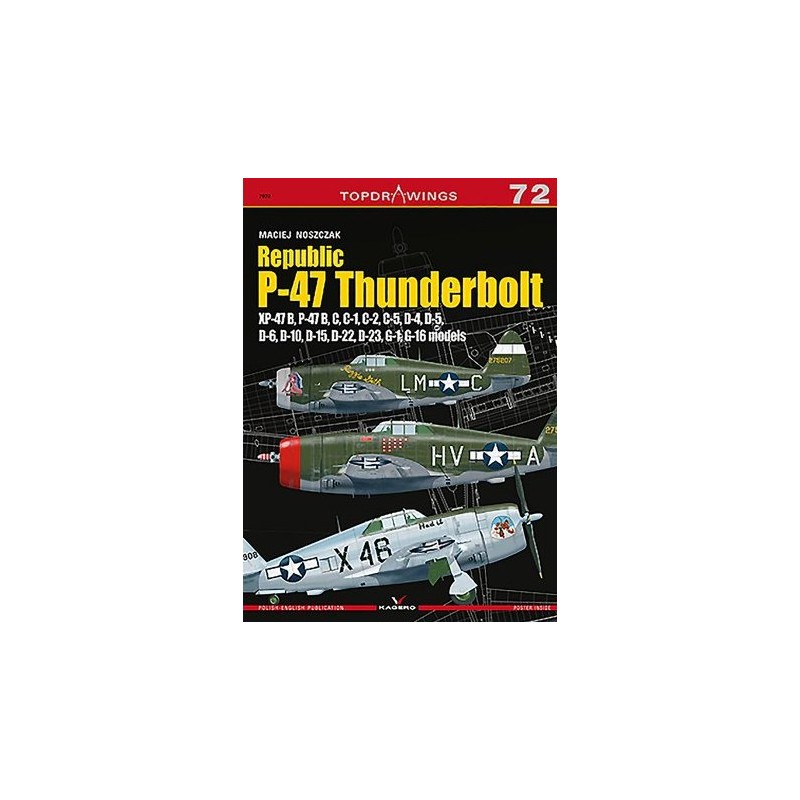 Before the P-47 Thunderbolt gained a "bubble top" fairing, these fighters had slightly different - some claim to be more racial - figure. In the first versions, the plane had a typical canopy built into the fuselage, which resulted in a slightly hunched line.

The first copies of the P-47B underwent a series of tests at the turn of 1941 and 1942. Initially, they were not very promising. One of the planes was lost because of the tail tearing off during the dive. In addition, at heights above 9144 m, the flaps froze, it was impossible to open the cabin hood, and the forces on the rudders were very big. At high speeds, the paint covering the elevators fell off and the aerodynamic pressure inflated their sheath (they were covered with canvas), causing dangerous tail vibrations. To remedy these problems, metal sheathing was introduced, elevators shape was changed and weight flaps were added. The propulsion of the P-47B version was a 2000 HP R-2800-21 engine. The time to reach the ceiling of 4572 m was 6.7 minutes. The aircraft developed a speed of 690 km/h at an altitude of 8230 m (in horizontal flight), which was a great result.