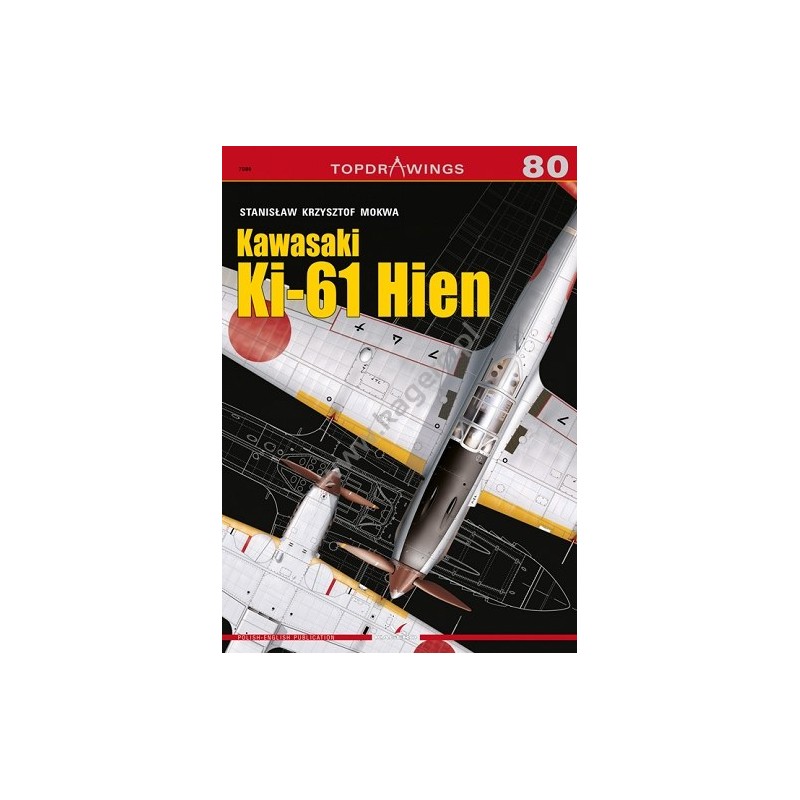 The Kawasaki Ki-61 Hien (flying swallow) was designed to use the licensed copy of the German Daimler-Benz 601 engine, manufactured in Japan as Ha-40 by Kawasaki's Akashi motor plant. It was planned to create two airframes - a heavily armed Ki-60 intended for offensive operations at low and medium ceilings, as well as a more agile and lightly armed Ki-61. Although the construction of the Ki-60 was considered a priority and work on it started a few months earlier, the Ki-61 contained the conclusions from the unsuccessful Ki-60 tests. Ultimately, the younger fighter entered the service. The Ki-61 engine mounting was constructed as an integral part of the fuselage, so it was only possible to remove the top and bottom covers, which was quite an unique solution. There were ammunition boxes behind the engine firewall for two 12.7 mm Ho-103 machine guns. It was a relatively light weapon, but very fast-firing. The supply of ammunition was only 250 rounds for a barell. The weaponry was supplemented by a pair of wing machine guns or cannons (depending on the version). The pilot was protected by an armoured windscreen and a 13 mm thick steel plate behind the seat. The engine and oil radiators were placed under the fuselage.