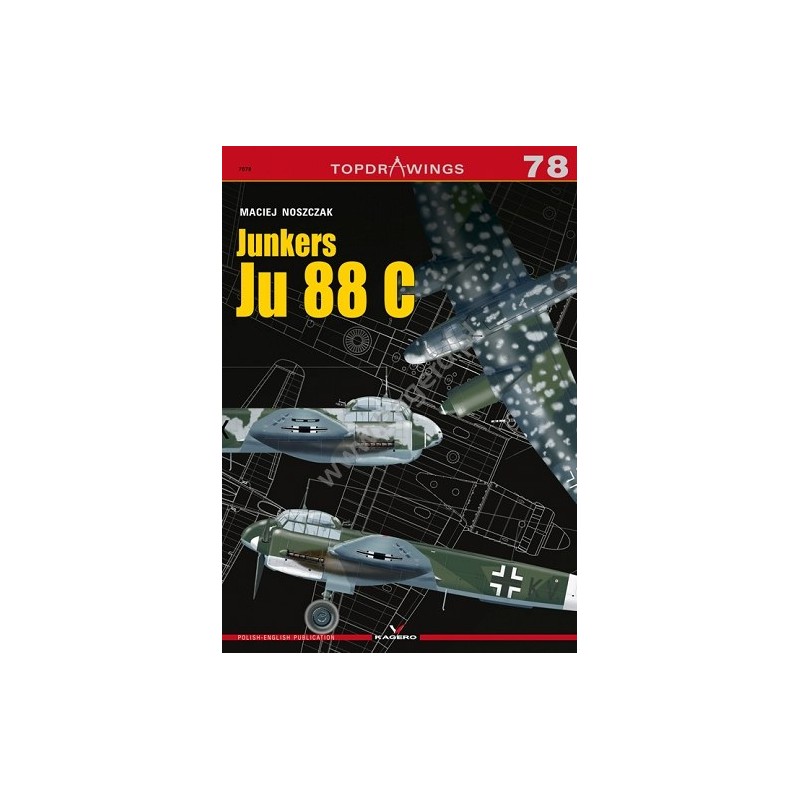 Junkers Ju 88 was one of the most universal aircraftS taking part in the Second World War. It was designed as a fast bomber and it worked perfectly well in this role, especially during low-level airstrikes and shallow diving attacks. It could also be the night fighter, torpedo bomber and reconnaissance aircraft.

The heavy fighter and fighter-bomber version of the Ju 88 was marked as variant C. The aircraft was designed to have strong offensive armament and be able to carry a certain bomb load, as in version A. The Ju 88 C had A solid nose which was adapted for the installation of machine guns and cannons. Usually the weaponry consisted of one MG FF cal. 20 mm cannon and three MG 17 machine guns cal. 7.92 mm. The characteristic gondola under the nasal section of the fuselage was originally kept, but in some units it was dismounted to reduce the airframe’s weight and air resistance, Thus increasing the aircraft’s performance. Eventually the Ju 88 C evolved to the night fighter and gained the most popularity in this role.