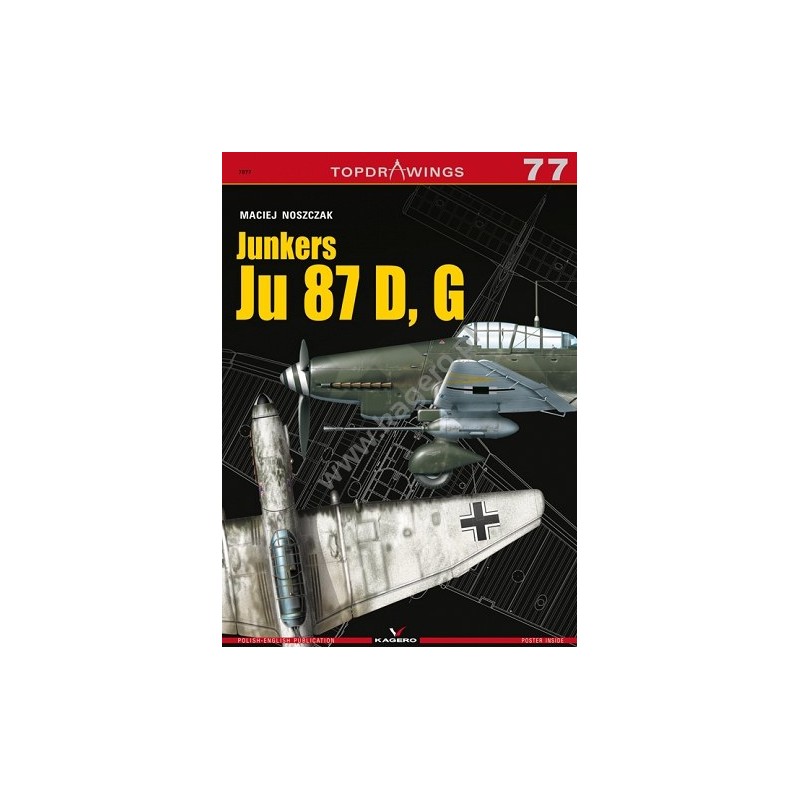 Ju 87 D (Dora) is another version of this popular dive bomber. Despite the weak armor and less sufficient performance, the Stukas were still produced due to the lack of a successor. However, the plane underwent some modifications that allowed it to be used for a variety of tasks. Ju 87 D had a more efficient water and oil cooling system, a more aerodynamic fuselage and modified crew cabin that was more spacious and better thought out. Dora was driven by one of the two Junkers' engines: Jumo 211 J-1 with 1420 hp or Jumo 211 P with 1500 hp. Fuel tanks were increased up to the capacity of 1370 l, which allowed to achieve an average flight length of 2 hours and 15 minutes. In the case of using external drop-tanks, the flight time increased to 4 hours. In relation to the Ju 87 B version D could carry much bigger load of bombs. It was a jump from 500 to about 1200 kg of bombs, and with minimum amount of fuel and for short-distance missions, the aircraft could carry up as much as 1800 kg of bombs. Individual variants - from D-1 to D-4 - differed in the used armor and equipment: D-2 - was planned for tropical operations, D-3 - was planned for night (D-3 N) or tropical missions (D-