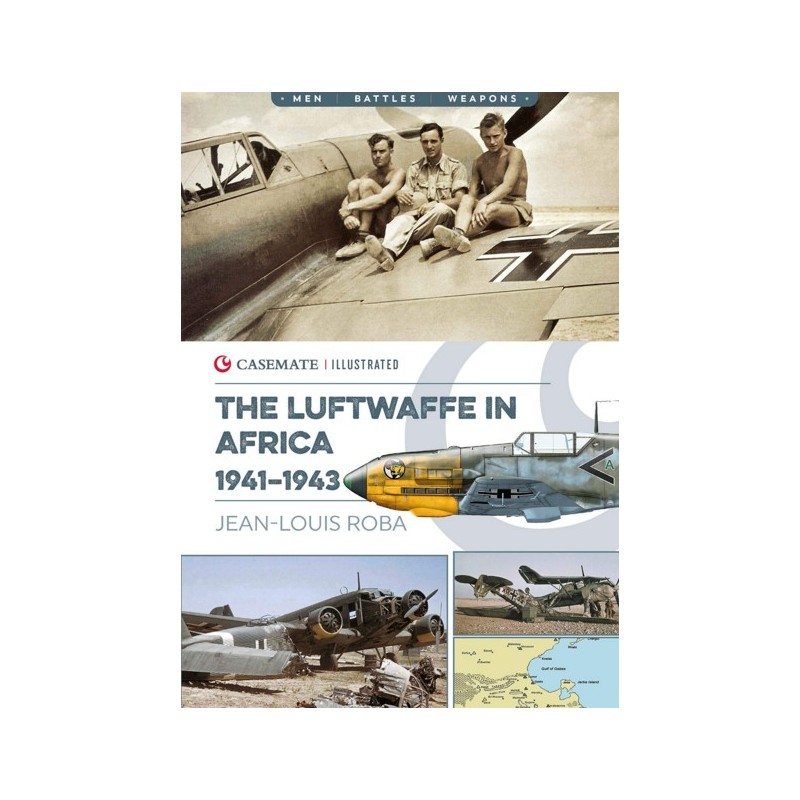 Adolf Hitler considered the Mediterranean an unimportant theater of the war, leaving it to the troops of Benito Mussolini who wanted to dominate the "Mare Nostro." Nevertheless, when the Italian army was defeated on the Libyan-Egyptian border at the beginning of 1941, the Fuhrer was forced to help his ally by sending an air detachment first to Sicily, then Africa. This latest in the Casemate Illustrated series examines that tiny expeditionary force, solely devoted to protecting Italian possessions in North Africa. When General Erwin Rommel launched his Afrika Korps to the east, the Luftwaffe had to go on the offensive to cover that advance. With over 100 images, this book explores how German and British air forces were quickly reinforced and, in the following months, Germany was forced to engage more and more aerial units on what was initially considered a peripheral arena of the war for the German High Command. Losses in bombers and fighters were high on both sides and when, at the end of 1942, the Allies landed in Morocco and Algeria on the back of the Afrika Korps, the Wehrmacht's fate was sealed. The depleted Luftwaffe did its best but could not change the course of the battle. The last German units capitulated in Tunisia in May 1943.