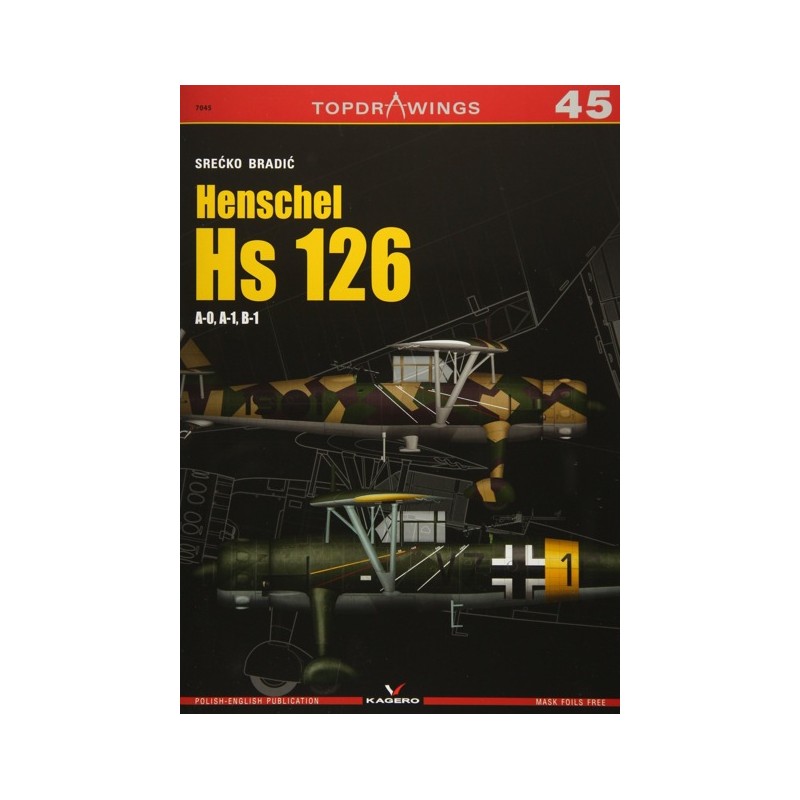 The Henschel Hs 126 was a German two-seat reconnaissance and observation aircraft of World War II that was derived from the Henschel Hs 122. The pilot was seated in a protected cockpit under the parasol wing and the gunner in an open rear cockpit. The prototype aircraft frame was that of a Hs 122A fitted with a Junkers engine. The Hs 126 was well received for its good short take-off and low-speed characteristics which were needed at the time. It was put into service for a few years, but was soon superseded by the general-purpose, STOL Fieseler Fi 156 Storch and the medium-range Focke-Wulf Fw 189 "flying eye".

By the time the Hs 126 A-1 joined the Luftwaffe, the re-equipping of reconnaissance formations was already well advanced, and by the start of World War II in September 1939, Germany already had several good short range observation and long range recon aircraft. Late in the war, it was used in glider tug and night ground attack roles, but production of the Hs 126 ended in 1941 and the type was retired from the front line in 1942.