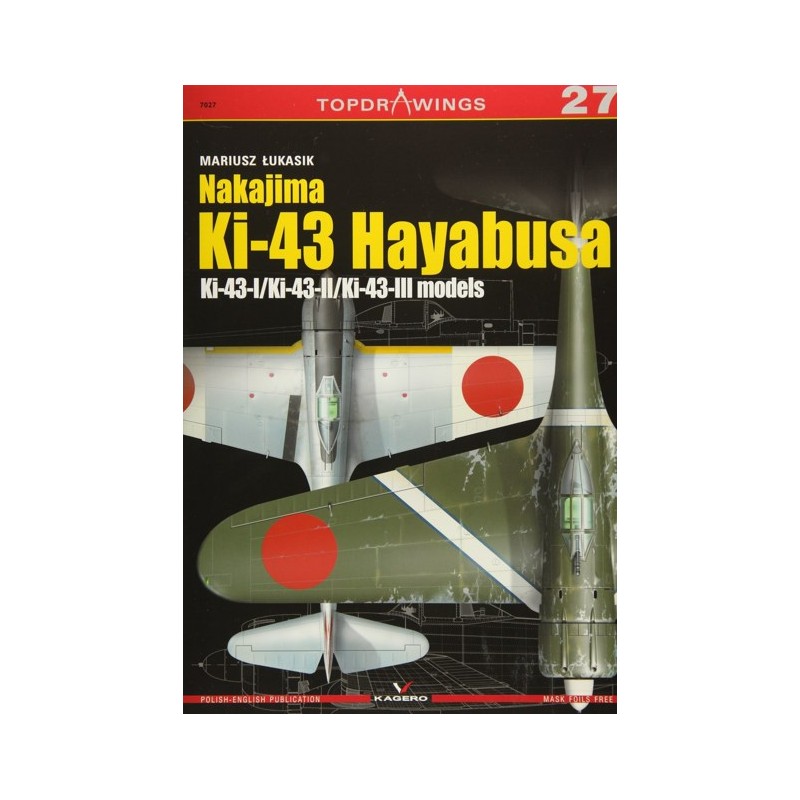 The Nakajima Ki-43 was the successor of the company's earlier successful design - the Ki-27 Nate.

The new fighter was being developed from 1937 by a team of engineers led by Hideo Itokawa, the designer of the Ki-27. The first prototype (s/n 4301) was completed on 12th December 1938.

Despite some initial problems, after introducing several modifications (combat flaps, which enhanced the aircraft's manoeuvrability, among others) the Ki-43 was approved for production under the designation of Fighter Type 1 Model 1. The aircraft was also officially named Hayabusa (Peregrine Falcon).

In the American identification system of Japanese aircraft It was branded `Oscar'. The Ki-43 was much more advanced than its predecessor, the Ki-27. It was powered by 14-cylinder, two-row Nakajima Ha-25 radial engine rated at 980 hp, featured enclosed cockpit, retractable undercarriage, and was armed with two 7.7 mm Type 89 machine guns. Although underarmed, It was a potent weapon when flown by a skilful pilot.