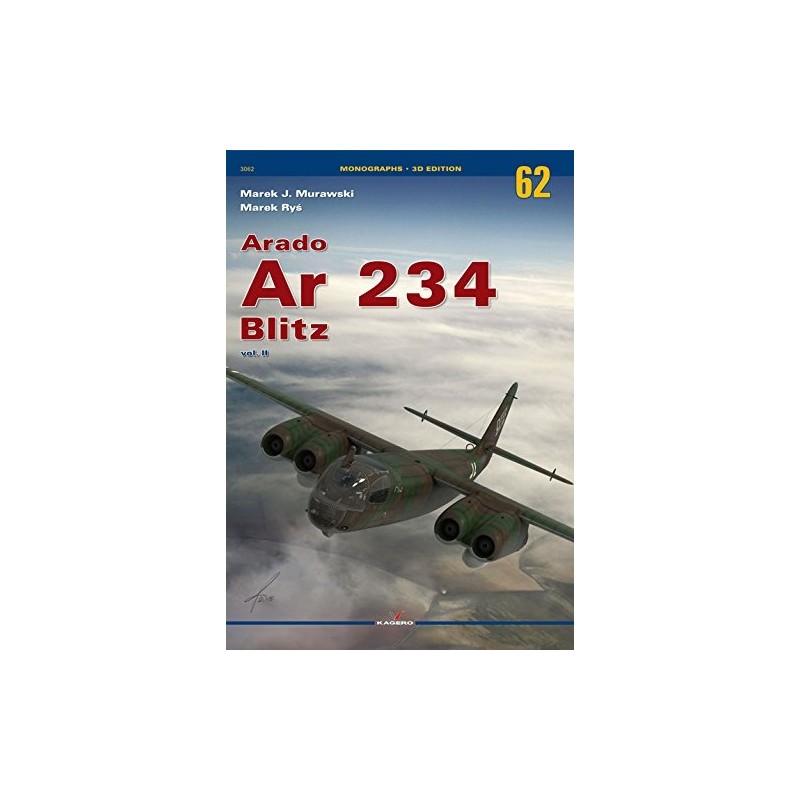 Tests with the Arado Ar 234 prototypes demonstrated that straight wings retained their good aerodynamic characteristics only at speeds below 800 kph. Near-supersonic flights demanded a completely new approach to wing geometry. On 9th December 1942 two Arado company engineers, Rüdiger Kosin and Walter Lehmann, patented a crescent shaped wing, which had its sweep and chord decreasing from root to tip. In mid-1944 Kosin decided to use his wing design on the Arado 234. Five variants of the wing were built, designated Versuchsflügel I through V, each differing in its sweep. Nevertheless, none of them was used in practice. The most advanced work on this project was carried out at Dedelsdorf airbase, where the Ar 234 V16 was being re-built as part of this research. The aircraft was destroyed in mid-April 1945 by advancing British troops as they captured the airfield.