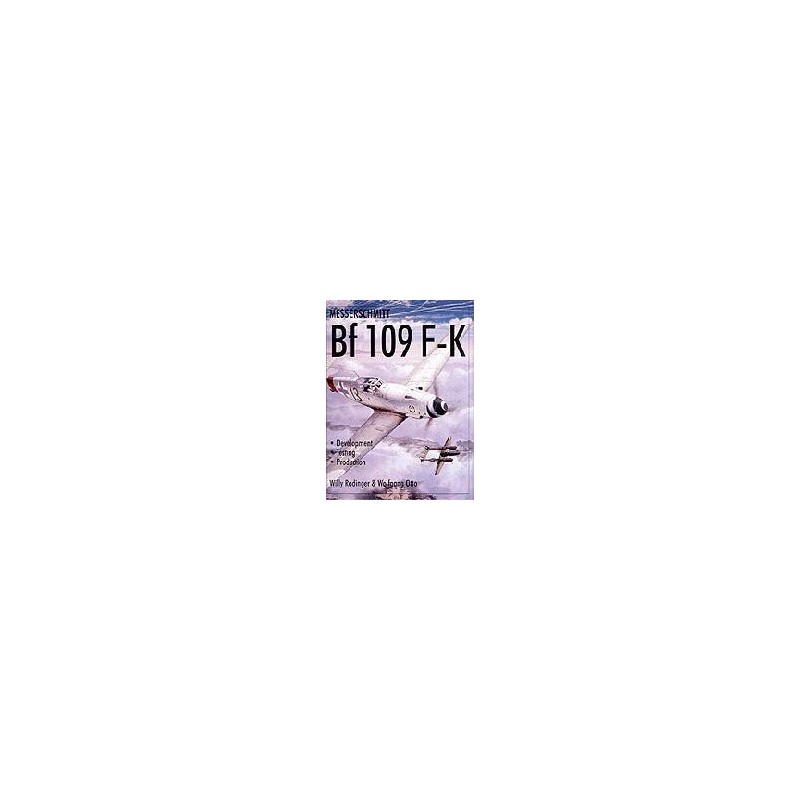 As the Luftwaffe's standard fighter, beginning in 1937 the Bf 109 was produced in large numbers and after the outbreak of the Second World War saw action over every front. With this light, high-performance aircraft Professor Willy Messerschmitt had created a ground-breaking design. The Bf 109 had to remain in continuous development in order to keep pace with advances in Allied fighter design. 1941 saw the advent of the Bf 109 F, a clearly improved version, which was soon replaced by the more powerful and better armed Bf 109 G. The Bf 109 H high-altitude fighter reached a ceiling of 14,000 meters, and the Bf 109 K, the most potent of all the variants of this fighter aircraft, entered production in the last year of the war. This is a complete summary of all versions from the Bf 109 F to K with many photographs, some never before published, and details.