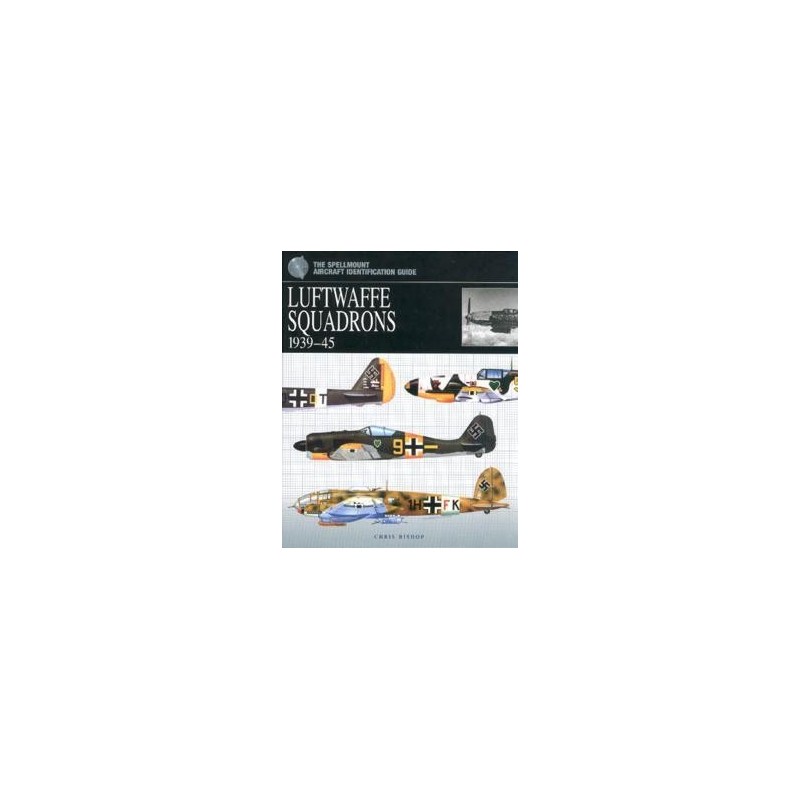 Illustrated with detailed artworks of German combat aircraft and their markings, The Spellmount Aircraft Identification Guide: Luftwaffe Squadrons 1933-45 is a comprehensive study of the Luftwaffe in World War II.

Arranged chronologically by theatre of war and campaign, this book offers a complete organizational breakdown of Luftwaffe units, from the Polish campaign through to the last days of the Reich. Each campaign includes a compact history of the Luftwaffe's role and impact on the course of the conflict, as well as orders of battle, lists of commanders and campaign aces.

Every Type of aircraft is featured, including the numerous variations and types of well-known models, such as the Messerschmitt Bf 109, Junkers Ju 87 and Focke Wulf Fw 200, through to lesser-known aircraft, such as the Arado Ar 232 transporter, Heinkel He 162 Salamander fighter and the Henschel Hs 129 tank destroyer. Each aircraft profile is accompaigned by exhaustive specifications, as well as details of individual and unit markings.

Packed with 400 colour profiles of every major type of Luftwaffe combat aircraft, this book is an essential reference guide for modellers, military historians and aircraft enthusiasts.