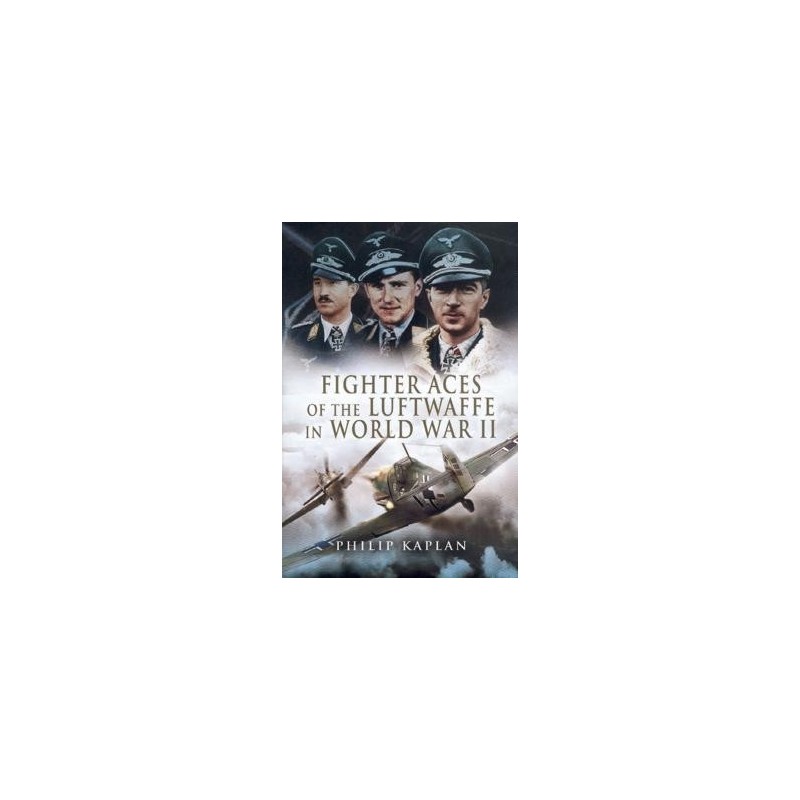 FIGHTER ACES OF THE LUFTWAFFE IN WORLD WAR II.

- This book examines the reality behind the myths of the legendary German fighter aces of World War II. It explains why only a small minority of pilots - those in whom the desire for combat overrode everything - accounted for so large a proportion of the victories. It surveys the skills that a successful fighter pilot must have - a natural aptitude for flying, marksmanship, keen eyesight - and the way in which fighter tactics have developed. The book examines the history of the classic fighter aircraft that were flown, such as the Messerschmitt Bf 109 and the Focke Wulf Fw 190, and examines each type's characteristics, advantages and disadvantages in combat. The accounts of the experiences of fighter pilots are based on archival research, diaries, letters, published and unpublished memoirs and personal interviews with veterans. The pilots included are Werner Molders, Gunther Rall, Adolf Galland, Erich Hartmann and Johannes Steinhoff.

FIGHTER ACES OF THE LUFTWAFFE IN WORLD WAR II.