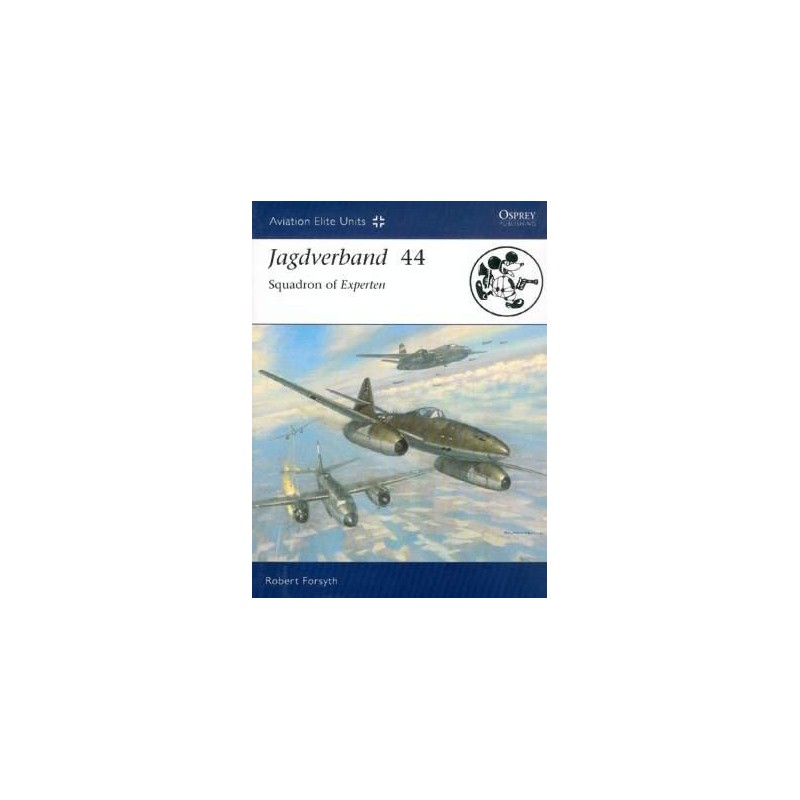 There was no Luftwaffe fighter unit like Jagdverband 44. Formed in February 1945, the unit grew out of Hitler's bizarre decision that the Me 262 jet fighter should be used as a bomber, despite its potential in the daylight defensive battles over the Reich. Seen as a grave mistake by Göring, a small fighter unit was formed in southern Germany to 'prove' the Me 262's ability as an interceptor. Formed with some of Germany's most experienced fighter pilots, Jagdverband 44 numbered a disproportionately high number of leading aces in its ranks, to the extent that it was said that the Knights' Cross was the unofficial badge of the unit. With numerous first-hand accounts from pilots and detailed colour profiles, this book is a fascinating account of the dramatic birth of the jet fighter and the impact it had during the bitter struggles of 1944-45.

unrest amongst the Jagdwaffe

Galland's dismissal and the formation of JV 44: Ops Phase 1 (Brandenburg-Briest-)