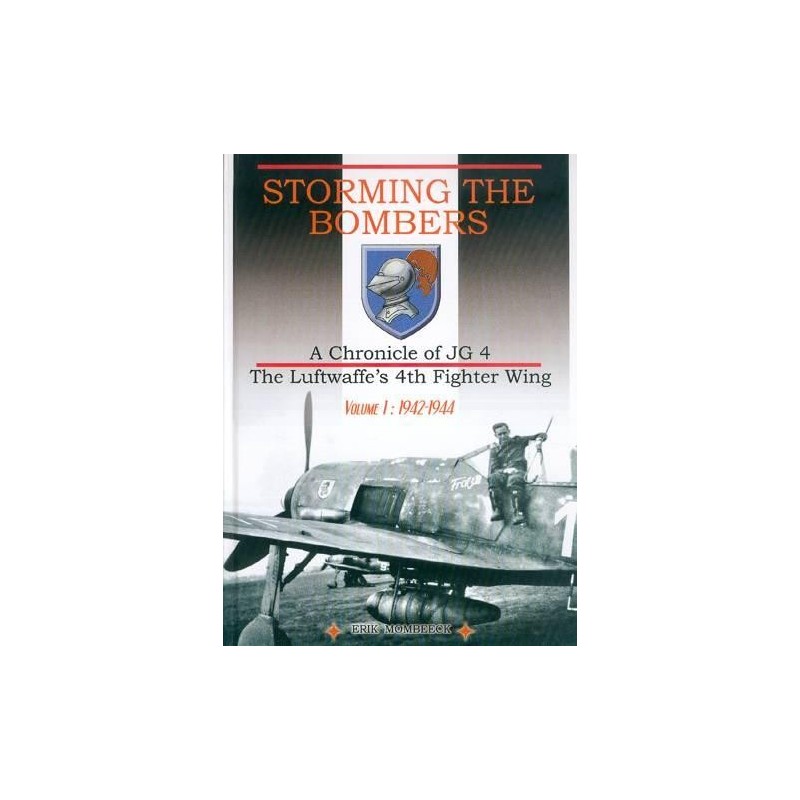 - The fourth fighter wing of the Luftwaffe was initially established during 1942 and committed to operations in defence of the Rumanian oil fields during 1943. I./JG 4 first saw action in combat against a strike force of B-24 Liberators dispatched on the celebrated low level attack against Ploesti on 1 August 1943, Operation Tidal Wave. JG 4 was subsequently deployed in the bitterly fought German defensive campaign on the Italian penin­sula during the first half of 1944, prior to being shifted to the Normandy invasion front and then falling back to the frontiers of the Reich in September that year. It was during the summer of 1944 that JG 4 underwent considerable reinforcement with two new Gruppen swelling its ranks. The most effective of these was II. (Sturm)/JG 4, a so-called Storm or "assault" wing, built up around a hard core of former Sturmstaffel 1 pilots and an intake of young daredevil volunteers. Committed against the massive USAF bomber fleets pounding the Reich, these German "kamikaze" fighters, as some saw them, were deployed to bring down the American bombers by any means, including ramming if necessary.

Despite the appalling losses sustained by JG 4 during WW II, the author managed to locate around one hundred JG 4 and Sturmstaffel 1 veterans and their personal accounts and photographs bring this history vividly to life and imbue it with a human dimension which many will find moving. The first volume of this two part history covers the units establishment, deployments and combat actions through to Autumn 1944, providing for the first time in English a day-by-day, mission-by-mission study of the Luftwaffes 4th fighter wing.