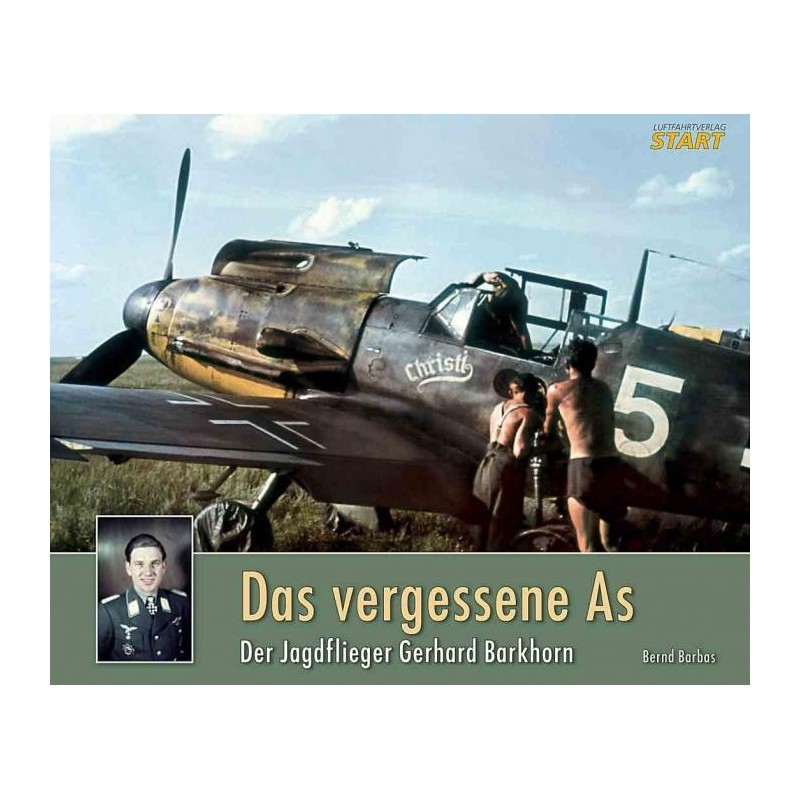 Despite the fact that Gerhard Barkhorn scored a total of 301 victories while flying with Jagdgeschwader 52 on the Eastern Front, making him the second most successful fighter pilot of the Second World War after Erich Hartmann, today he is almost forgotten. This book describes Barkhorns wartime experiences with JG 2 on the Channel, JG 52, JG 6 and finally JV 44. Excerpts from original combat reports enable the reader to feel the drama of the events that happened back then. Barkhorns career in the postwar Bundeswehr is also examined.

Published in this book for the first time are numerous color slides taken by Barkhorn during his service with JG 52, as well as many black-and-white photos. It also contains color side-views of every aircraft flown by Barkhorn. It is a book that examines all aspects of the fighter ace.