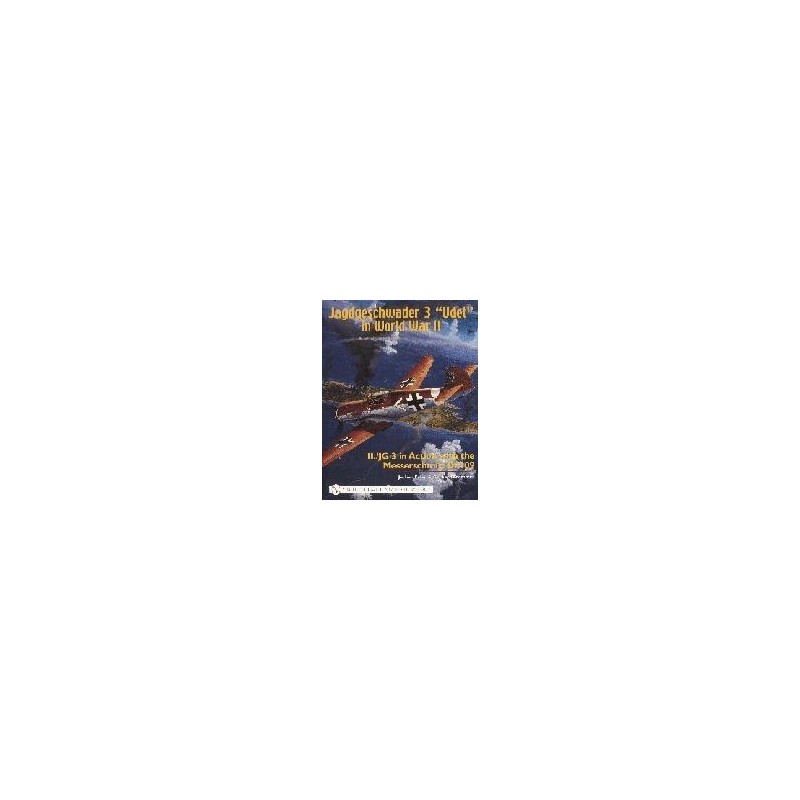 Jochen Prien, author of the definitive Messerschmitt Bf 109 F/G/K Series, and the extensive three volume study of JG 53, presents JG 3 in its complete history from formation to the end of World War II. This second volume presents the unit history of the "Udet" Geschwader's second Gruppe, II./JG 3, beginning with its formation in 1938 and the subsequent service of the newly formed Gruppe in the Campaign in the West from 1940-1941. Next the Gruppe's 1941 tour of duty in Russia is dealt with, followed by a short spell in the Mediterranean theatre of war, where II./JG 3 was involved in the fighting over Malta in the spring of 1942. In June 1942, the Gruppe was again shifted to the east where it took part in the advance on Stalingrad where it suffered serious losses. 1943 saw the Gruppe still in Russia until it was recalled to the Reich to see further service in the defence of Germany between August 1943 and early June 1944. After its return to the Reich and a short period of rest and re-equiping, II./JG 3 was again called upon for service in the Reichsverteidigung, this coming to an abrupt end when in November 1944 the Gruppe was separated from its parent Geschwader in order to re-equip with the new Me 262 jet fighter and become part of the first jet fighter Geschwader of the Luftwaffe, JG 7. Vol. II then takes up the history of the newly formed II./JG 3, a former bomber unit that was transformed into a fighter Gruppe at the end of 1944: this new Gruppe came too late to see significant service against the Western Allies but was transferred to the east at the beginning of 1945 in order to counter the massive Soviet offensive that overran the eastern parts of the Reich since mid-January 1945. Hopelessly outnumbered, its operations being curtailed now by a lack of fuel, the new II./JG 3 struggled on until the collapse of the Reich.