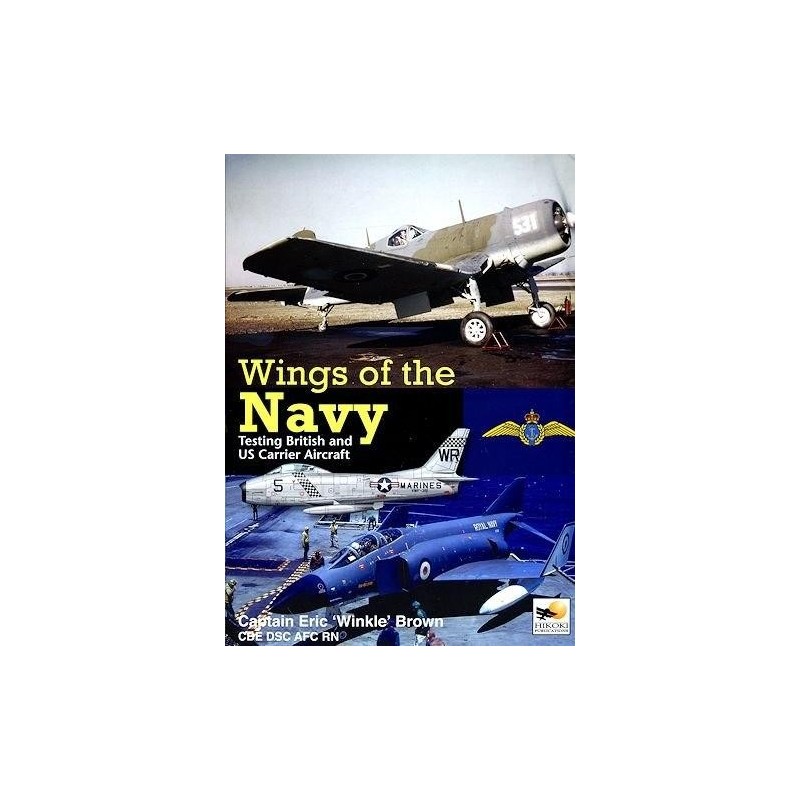 WINGS OF THE NAVY. Testing British and US Carrier Aircraft.

Carrier aircraft, since their beginning, have been a very special kind of machine and demand something equally special of the men who flew them. Landing on a pitching, bucking deck of a carrier, or catapulting over a plunging bow, shipboard aircraft and their pilots had to be exceptional.

Often, the real characteristics of these assorted aircraft lie forgotten in the annals of time but Eric Winkle Brown, the first naval officer to head the elite Aerodynamics Flight at Farnborough, records his cockpit experiences testing British and American carrier aircraft.

Having enjoyed one of the most extraordinary careers in flying, Eric Winkle Brown places on record the flying characteristics, good bad and indifferent, of a myriad of aircraft from the Fairey Swordfish and Albacore , Grumman Avenger and Panther to the Supermarine Seafire, Douglas Dauntless, North American Skyray, de Havilland Sea Vixen and Blackburn Buccaneer.

Highly illustrated with cutaways, photographs and colour profiles, Wings of the Navy makes a valuable contribution to aviation history and keeps the memory of these diverse and absorbing aircraft alive.

WINGS OF THE NAVY. Testing British and US Carrier Aircraft.