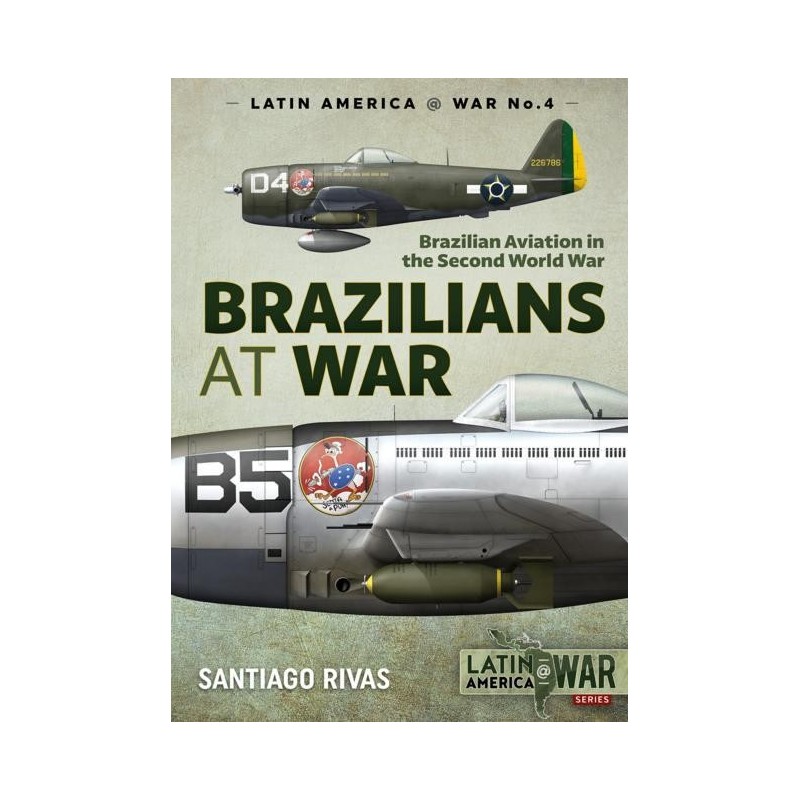 BRAZILIANS AT WAR. Brazilian Aviation in the Second World War.

When the Second World War erupted, Latin America - despite being initially neutral - became part of it. Brazil, with its large provision of goods to the Allied Powers, was soon a victim of the Axis submarines - leading to the urgent development of an anti-submarine aviation arm. As it was developed, it also sent a fighter squadron and an observation unit to the Mediterranean Front - taking part in the operations over Northern Italy and supporting the Brazilian ground forces, as well as other Allied units, until the end of the war. This book covers the story of both the operations along the Brazilian coasts and on Italy and contains a large volume of information that is not been published in English before, including many photographs, and colour profiles of the aircraft.

BRAZILIANS AT WAR. Brazilian Aviation in the Second World War.