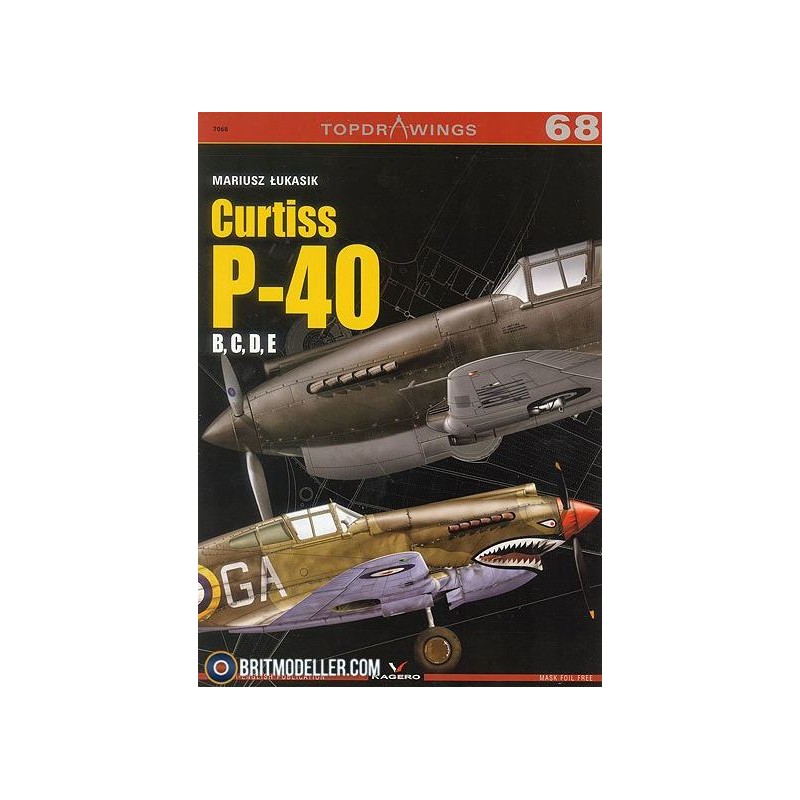 The decision to start the production of the Curtiss P-40 fighter was made primarily due to the relatively low airframe price and the possibility of launching it almost immediately (based on Curtiss P-36s ready fuselages). The P-40 did not have a turbocharger, but despite this the requirements were constantly increasing, especially when it comes to the maximum speed. It was requested to raise it by over 100 km/h (up to 580 km/h). It required a number of construction changes e.g. new exhaust pipes, new shape and size of the air intake to the carburetor at the top of the engine cover, moving forward the coolers under the nose. After the tests in the NACA wind tunnel it turned out that these changes were not enough. The plane underwent further aerodynamic refinements, using, among others, smooth riveting and retractable tail ring. In the end, the speed was 589 km/h at 4570 m, which gave the green light for serial production.