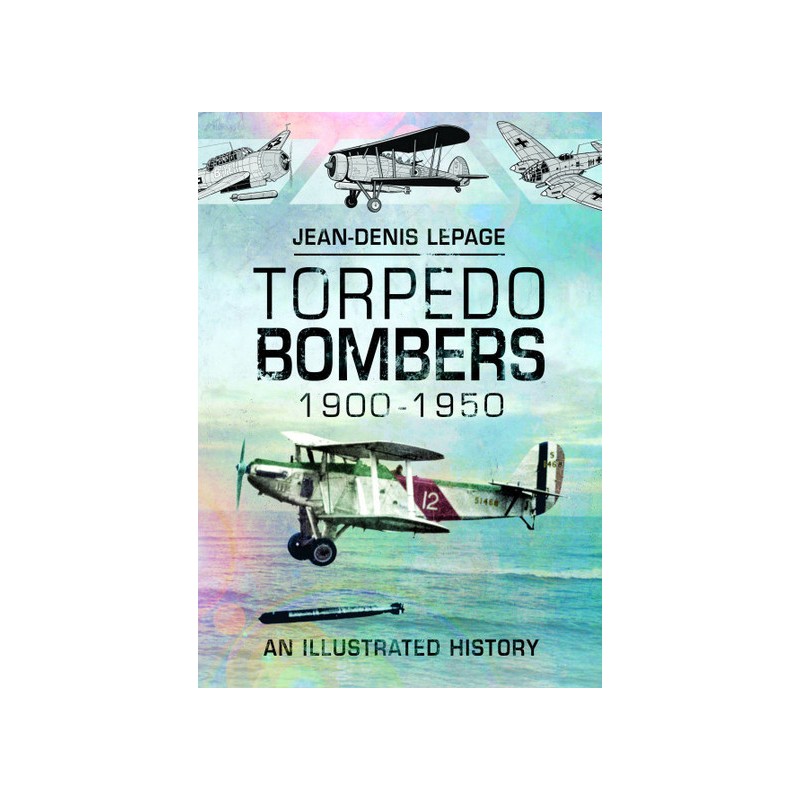 The torpedo-bomber was a very short-lived weapon system, operational for scarcely half a century from just prior WWI to the 1960s. Yet during its brief existence it transformed naval warfare, extending the ship-killing range of ships and coastal defences to hundreds of miles. The Royal Navy and Fleet Air Arm led the way, recording the first sinking of a ship by aerial torpedo in August 1915 but all major navies eagerly developed their own torpedo bomber forces.The torpedo-bomber reached its zenith in WWII, particularly from 1940-42, with notable successes at the Battle of Taranto, the sinking of the Bismarck and Pearl Harbor. It was the weapon of choice for both the US and Japanese in the big Pacific battles such as Midway. In the latter stages of the war, increasingly effective anti-aircraft fire and interceptor aircraft started to render it obsolete, a process completed post-war by long-range anti-ship missiles.Jean-Denis Lepage traces the development of torpedo bombers worldwide, describing their tactics, operational history and the aircraft themselves, including such well-loved types as the Swordfish, Beaufighter and Avenger. Over 300 aircraft are beautifully illustrated.