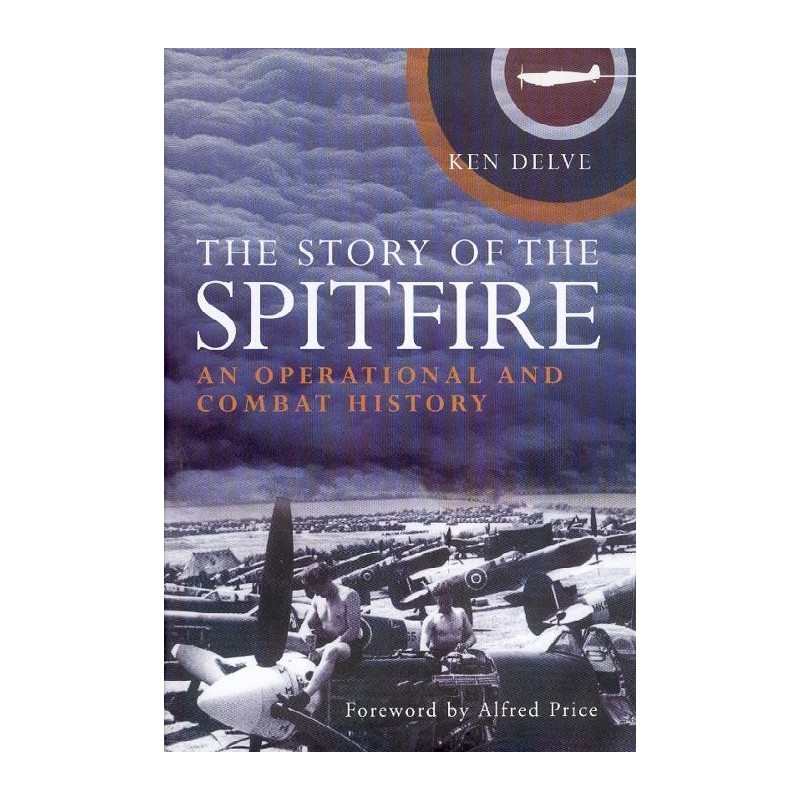 - An un paralleled account of a remarkable aircraft and its pilots

- Based on official sources and first-hand accounts

- Details the development of the plane throughout WWII

To many people, the Spitfire not only symbolised Britains victory during the Battle of Britain, but was the very embodiment of air fighting during World War II. The Story of the Spitfire presents a thrilling appraisal of this remarkable aircrafts fighting capability and its pilots tactics. Using official evaluations and reports, alongside technical and tactical developments, plus the recollections of Spitfire pilots, the book provides an unparalleled insight into the combat career of this legendary plane.

Despite problems with their new aircraft, the Fighter Command pilots of 1940 were delighted with the Spitfire speed, manoeuvrability and fire-power were all greater than they had been with the biplanes of only a year earlier. In terms of tactics and training the RAF was out of date. The air battles over Britain in late 1940 forged the Spitfire legend but how justified was it? There were only 19 Spitfire squadrons in Fighter Command during the Battle of Britain, but as the RAF turned to the offensive the numbers of Spitfires increased. The combat initiative was lost to improved Bf 109s and Fw 190s, but developments in the Spitfire clawed back the advantage, with increased performance and training. By 1944 the Spitfire was frequently operating as a fighter-bomber with new tactics and problems. To many fighter-pilots having bombs strapped under the aircraft verged on an insult but with aerial targets in short supply this was the most effective way of taking the war to the enemy.

The Story of the Spitfire details the introduction, development and successes of this incredible aircraft, and charts the training and skills of its pilots. It is a compelling account which will be welcomed by both enthusiast and general reader alike.