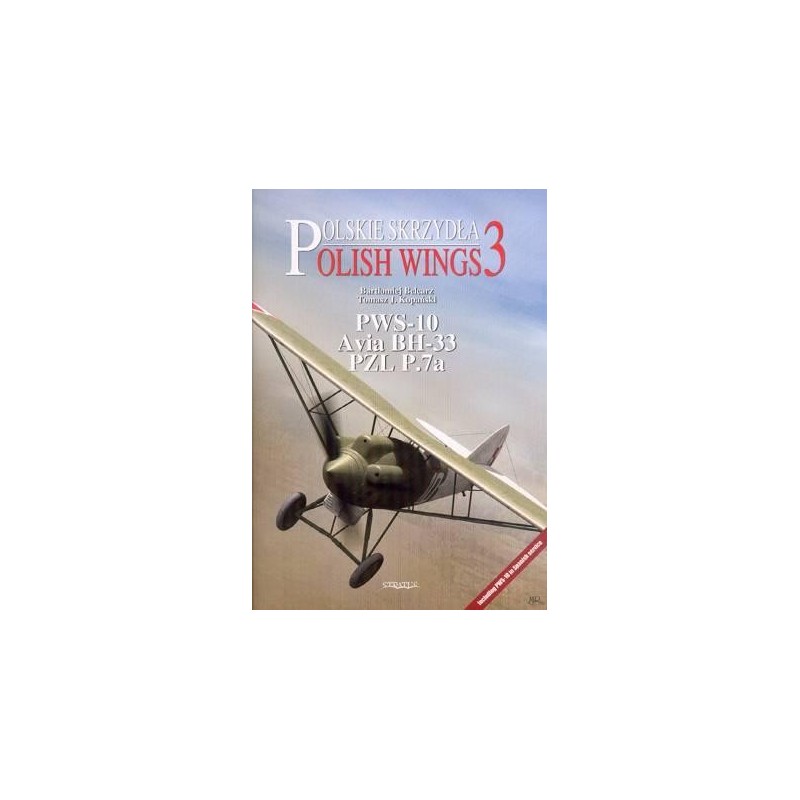 - This latest volume in the Polish Wings series covers three fighter designs, which equipped the Polish Air Force from the late 1920s up to the outbreak of war. The Avia BH.33 was a Czech aircraft brought in to replace the unsatisfactory SPAD 51 & 61, and built under licence by PWS. The same company then designed the PWS 10, which was the first indigenous Polish fighter to enter service. Finally the PZL P.7a was the first of the classic Pulawski gull-wing monoplane fighters to see service, soldiering on right up until 1939 although it was obsolete by that time. The service use of all three aircraft is described, illustrated with many photos and full colour profiles. The PWS 10 also saw service in Spain, and this chapter in the types history is also described and illustrated. An invaluable guide to three classic inter-war fighters, with complete details of the colours and markings applied during their service.