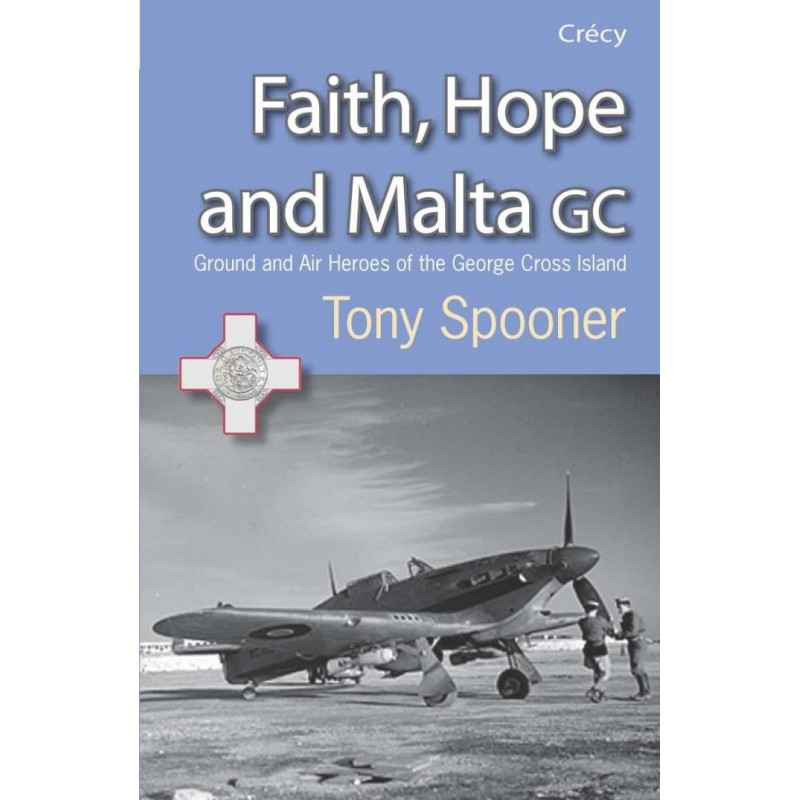 Malta was a vital base from which Allied aircraft could inflict serious damage on the crucial Axis supply route to Rommel in North Africa. In order to secure that route the might of the Luftwaffe and Italian Air Forces were thrown together against the tiny island affecting not just the defending servicemen and women but the entire population. Heavily bombed and running short of fuel and food, the island laboured to stand firm in the face of the enemy.

Faith Hope and Malta GC vividly describes how the fighters, bombers, torpedo and reconnaissance aircraft of the RAF, and FAA took the fight to the enemy and triumphantly succeeded with every odd stacked against them.

The accounts of air battles fought by the likes of Screwball Buerling, Warburton, Broom and Gibbs are enriched by actual extracts from diaries kept by some of the aircrew involved.

Dramatic stories of how the gallant ground crews made success in the air possible in the face of adversity are largely written in their own simple but moving terms particularly that of humble erk Ken Rogers whos unquenchable spirit enabled the Air Forces on the beleaguered island to survive and triumph.

Finally awarded the George Cross for its heroism and devotion to duty, the island fortress of Malta and its people played a key role in the success of the WWII and Faith Hope and Malta GC provides a moving insight into those dark times using the words of those who were there.