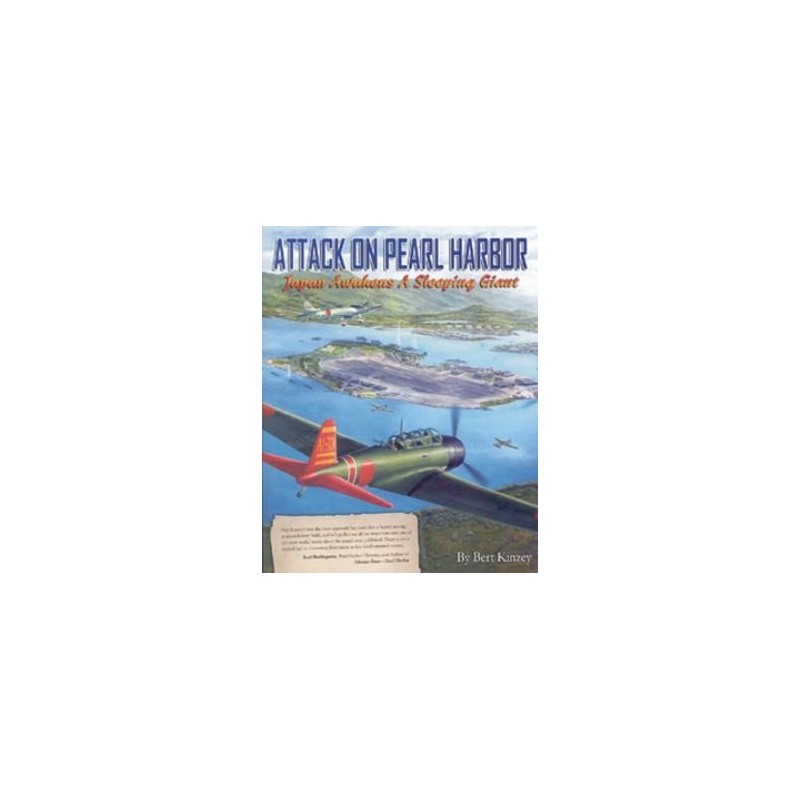 Covering all of the major aspects of the Japanese attack on Pearl Harbor, this book is written so that it will appeal to both the layman, seeking an understanding of what happened on the Day of Infamy, and to the enthusiast who wishes to learn much more information than is usually found in a book of this size. Photos with detailed captions, extensive artwork, charts, tables, maps, and text combine to make this a comprehensive yet very affordable reference on one of the most important dates in world history. By Bert Kinzey.

- Illustrations showing all types of Japanese aircraft used in the attack with markings applied to the aircraft flown by many of the group commanders and other pilots.

- Illustrations of American Army and Navy aircraft that were in the air over Oahu during the attack including those flown by pilots who shot down Japanese aircraft.

- Information and data on each of the six aircraft carriers used by the Japanese as well as illustrations of the markings carried by their aircraft.

- Complete information on the composition of both attack waves including numbers and types of aircraft flown, armament carried, carrier assignments, unit assignments, targets assigned, and the names of group leaders.

- Maps showing the routes of the attack waves and how the torpedo, dive bombing, and horizontal bombing attacks were carried out in the Pearl Harbor area.

- List and map of American ships present in or near Pearl Harbor during the attack.

- Table of ships of the Pacific Fleet not at Pearl Harbor during the attack and indicating their locations.

- Official U. S. Navy damage report and information as to when all but three of the sunk and damaged ships were

returned to action with the fleet.

- Photographs showing the ships listed on the Navy damage report before, during, and after the attack.

- Japanese mistakes and the eventual fates of each of the Japanese ships that took part in the attack.

- A look at the Special Attack Unit of five midget submarines and the U. S. Navy ships that engaged them.